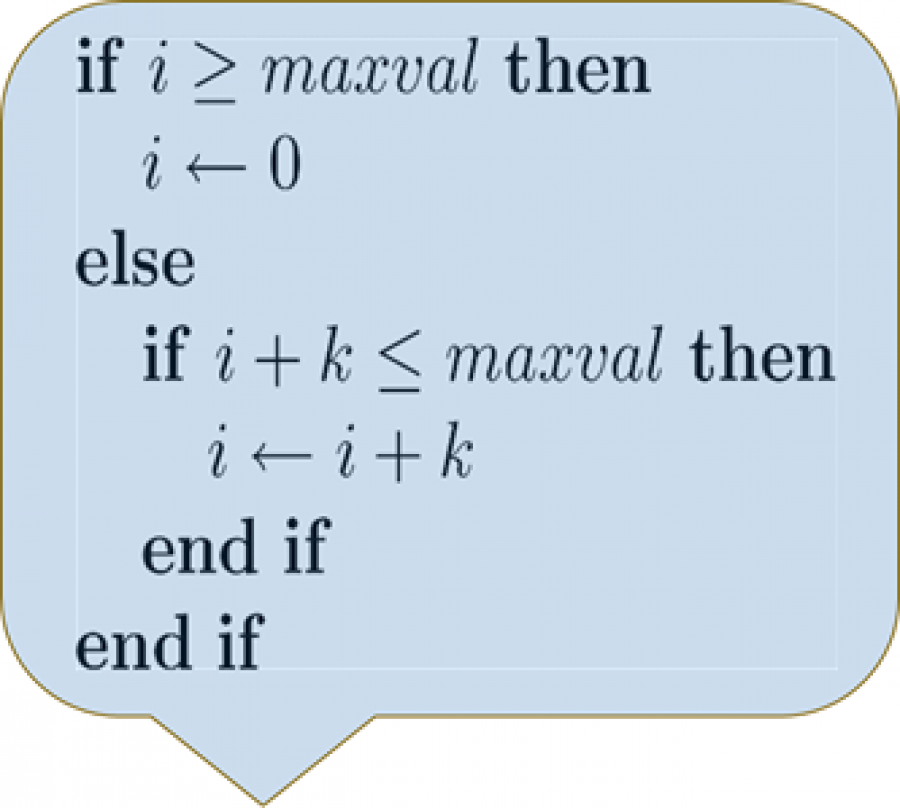 Fears of social problems accompany any new technology. Not just new problems, as technology can re-instate old problems or perpetuate current ones.

This is certainly the case for concerns about computer-based decision making – popularly and loosely termed “algorithms”. Computers are playing an increasing role in our lives. So, it makes sense that the quality of their decision making receives wider attention.

Clearly, there can be tragic consequences when computer decision making goes awry. The recent crashes of Boeing 737 MAX aircraft have been attributed to such problems, and to complex interactions between computer and human decision making.

Another concern is that the conscious or unconscious biases of algorithm creators may be baked into computer decision making, to the detriment of identifiable groups of people. This post explores that concern. But first, let me cover some background.

What is an algorithm?

“Algorithm” means a specified process or a set of rules to be followed to achieve an outcome or solve a class of problems. The word dates back to the 17th Century. Its use, however, picked up after the invention of computers in the 1950s.1

Indeed, “Algol”, short for “algorithmic language” was the name of an early computer language. I used it briefly in the late 70s and early 80s; but can’t say that I remember it fondly.

There is nothing about an algorithm that requires a computer. Knitting patterns and checklists predated the computer. And laws and regulations, for example, are algorithms. The “computer” that interprets them is the judiciary. Indeed, laws, rules and processes are the lifeblood of government and a civilised society, and we should have no reason to fear them in principle.

Traditional computer programming – by far the most common variety – relies on a human to pre-specify what the computer is to do with every combination of data it might encounter. That pre-specification is the “algorithm”, which in many cases equates to a computer “program”. But how does one know if an algorithm is doing what it intends to do? The answer is testing. This involves creating or obtaining data, feeding it into the program and checking that it produces the desired result. The selection of test data and the quality of checking clearly matter – and both selection and checking rely on humans.

A program can fail – in the sense of not achieving its desired goal – if it encounters data outside the range on which it was tested. Such a testing failure was behind the 1996 explosion of an Ariane 5 rocket, at a cost of US$370m.

AI and the importance of training data

While AI has a long history, recent advances have made the term largely synonymous with “machine learning” (ML). Data is more important than pre-specified instructions for ML. To create an ML decision-making system, one needs training data, test data and general-purpose programs. Essentially, the training data is drip-fed into general-purpose programs, creating a new dataset that has “learnt” from the training data. The “learnt” dataset, combined with further general purpose programs, constitutes an “algorithm” that can then make decisions about previously unseen data. Because ML systems evolve to fit the data used to train them, they tend to perform poorly if they encounter data outside their training experience.

ML algorithms are somewhat of a black box, making test data selection and human checking all the more important.

Computers are designed to follow instructions faithfully and reliably. This means that an algorithm presented with the same data will always produce the same decision. A computer decision will be no more – and no less – biased than the algorithm it follows.

Human decisions, on the other hand, are less consistent. Humans can and do take additional data into account. This is both an advantage and a disadvantage. Humans are better at dealing with unusual or unexpected circumstances. But they have subtle and not-so subtle biases that might adversely affect their decisions.

Computer decisions are potentially more transparent. It is possible to audit a computer algorithm to see what data did and did not affect a decision. But there’s no way to get inside the head of a human decision maker and fully understand their biases. For this reason, courts in some places are experimenting with computer tools to identify or inform the decisions of judges that might be tainted by unconscious bias.

Computer decision bias can arise from many sources

Computer decision bias can arise for many reasons: deliberate, accidental or subtle. Here’s a selection of reasons, by no means comprehensive.

Deliberate bias. New Zealand law, for example, distinguishes between people based on age, sex, marital status, ethnicity and citizenship. A computer that followed the law and discriminated between people on those characteristics would be legally correct; but that may or may not be ethically desirable.

Accidental bias. People make genuine mistakes in the specification, implementation and testing of algorithms. Transparency and improved testing can reduce but not eliminate such mistakes. Genuine mistakes are just as likely to favour as disfavour members of specific groups; however those disfavouring the interests of the implementors and testers are perhaps more likely to be quickly noticed and repaired.

Inadequate or non-representative training and testing data. A face-recognition algorithm trained solely on New Zealand faces, for example, might perform poorly in China – and vice versa. The world’s AI research and commercialisation is increasingly centred in a small number of cities in China and the US. Algorithms developed in those places may be over-trained on locally representative data and under-trained for other parts of the world.

Historical bias. Let’s say that a bank uses data on who received a housing loan in the past to train a new algorithm approving loan applications. If the previous criteria – explicit or hidden – were biased against, for example, the self-employed, then the new algorithm will perpetuate that bias. Perpetuation is, of course, no worse than the current situation. But it is a forgone opportunity for improvement.

Unexpected bias. Bias can arise even in systems actively designed to exclude it. For example, economist Catherine Tucker described an algorithm-driven online job advertising campaign designed to be gender neutral. Unexpectedly, it ended up showing more ads to men than to women. The underlying cause was the fact that advertisers are willing to pay for women’s eyeballs than men’s, and the algorithm was trying make its budget go further.

For advertisers, women are often more profitable – they control much household expenditure. The price of advertising to a woman is set in the consumer goods market, not the jobs market. Women are less likely to see an intended gender-neutral job ad because consumer product ads crowd them out.2

Context-dependent bias. Try an image search for “CEO NZ”. Most of the resulting images are of middle-aged and older males.3 This might be an unbiased depiction of reality. But arguably it is socially biased, as it might discourage younger people and women from aspiring to become CEOs. There is a tension here between the reality and a desirable future. Should search results be biased away from reality? Who gets to decide?

Cultural bias. The promise – as yet unrealised – of driverless vehicles has created a new class of ethical conundrums. One is what should a driverless car do if it encounters pedestrians and has only two feasible options, one of which would harm an old person, the other a child? An AI designer, anticipating this conundrum, can bias the decision one way or the other. But what bias should they choose? Or should making that choice be someone else’s responsibility?

Some argue that the ethical answer varies by culture, as different cultures place different relative weights on the value of older and younger people to society. Should culture and country coincide, the answer is straightforward. But what is the best decision in a country with multiple cultures? Should the decision be the responsibility of the owner, the manufacturer, safety regulators or Parliament? There are no easy answers to these questions.

Human cognitive biases. Stereotyping (ie, expecting a member of a group to have certain characteristics without having actual information about that individual) and ingroup bias (ie, the tendency for people to give preferential treatment to others they perceive to be members of their own groups) receive much attention. But there are plenty of others to worry about! See Wikipedia for an exhaustive list of human biases.

Many are concerned that the creation of algorithms, and AI in particular, is concentrated in a few countries and may be overly influenced by the dominant cultures of those countries. Others note the relative under-representation of women and minorities in algorithm creation. Addressing these factors might deal with some of the causes of bias discussed above. However, doing so will take a long time and will, in my view, be insufficient to address the problem. For example, finding and addressing the types of biases identified above requires diversity of skills more so than diversity of culture.

As computer decisions become more important to our individual and collective lives, so will transparency, audit and appeal rights. I think the public and private institutions providing these, and the incentives for transparent testing and reporting, that will prove most effective in separating “good” bias from “bad”, and in discouraging the latter.

Notes
1. Chart from Google Ngram.
2. Tucker, C. E. (2018). Privacy, Algorithms and Artiﬁcial Intelligence. In The Economics of Artificial Intelligence: An Agenda. Retrieved from http://www.nber.org/chapters/c14011
3. Then again, try searching for “prime ministers of nz”. The results are overwhelmingly female.