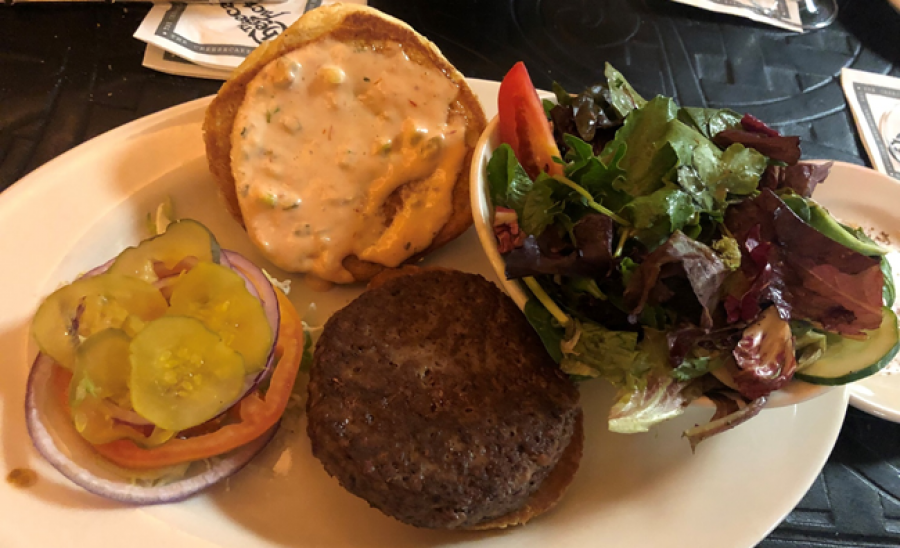 New tech. A traditional local industry. Who wouldn’t be concerned about potential negative effects? So why don’t we just stop it at the border?

The problem is that price effects can undermine the effect and the intent of banning tech at the border. In this post I explore three ways that could happen with new agri-tech and what lessons we might draw about trying to block the introduction of automation tech in general.

Example 1: A local ban on agricultural-robots to protect workers

Let’s say that an agricultural product is produced in NZ and one other country. Call it Chile. Both countries sell to their local markets and export to the rest of the world. Now suppose robots become available that reduce production costs by 20%. Chile decides to import robots. NZ bans them – with the intent of protecting local producers and jobs. Lower production costs in Chile lead to a drop in the world price. NZ firms face lower revenue and scale back local production, meanwhile Chilean production expands. Some NZ firms go broke or exit the business, while others look to move their operations to robot-friendlier countries, perhaps Italy or China. If this scenario sounds implausible, think about what could happen following an NZ ban on kiwifruit-picking robots.

Example 2: A local ban on meat-less burgers to protect farmers

I recently tried an Impossible Burger – billed by its creator as delivering “all the flavor, aroma and beefiness of meat from cows… it’s just plants doing the Impossible”. My verdict? A bit too meaty. But then I’m a long-term vegetarian – so not Impossible’s target market.

What if these burgers become so convincing that consumers are indifferent whether they eat ‘real’ beef or not? New Zealand, reflecting its traditional competitive advantage in grass-fed beef exports, decides to ban these new-fangled consumer products to protect our local producers. Sounds implausible? In times past, government banned the production and importation of margarine in New Zealand to protect local butter producers. Margarine was only available to consumers on prescription from a pharmacist! (A 1972 amendment to the Margarine Act 1908 removed the requirement for a prescription to obtain polyunsaturated margarine). And producers of animal meats and milks in New Zealand and other countries have recently lobbied to prevent their plant-based competitors from using the terms ‘milk’ and ‘meat’ in their marketing.

NZ consumers are a tiny fraction of the world’s consumers – so removing NZ demand would not affect the world price for a meat-less burger. However, substitution towards meat-less burgers would reduce world beef demand and hence its price. The NZ beef price would be unaffected but as NZ demand is a small fraction of NZ production, that doesn’t help local farmers much – their income would drop, driven by the falling world price.

Example 3: A local ban on gene-edited trees to protect the environment

Gene editing is a type of tech that is being touted as a means to reduce agricultural greenhouse emissions and improve the ability of plants to remove carbon from the atmosphere. However, NZ legislation effectively bans plant research using gene editing and is likely to ban the import of plants developed using such technologies. What outcomes would we expect if NZ banned gene-edited plants but allowed emissions trading with countries without that ban?

Imagine a gene-edited “super tree” that removed 50% more carbon from the atmosphere than current varieties. Tree growers in Canada adopt it enthusiastically, whereas those in NZ cannot. With separate carbon markets, this reduces the local price of a Canadian emissions unit1, while the local NZ price does not change. There is no gene-editing “leakage” under this scenario, but New Zealanders reduce their emissions by less than they would if they faced a lower price.

Now consider a scenario where the two emissions markets are linked. The NZ price will drop towards the Canadian price (as otherwise the NZ emissions unit sellers would find no buyers). Planting trees will be less profitable in New Zealand and more profitable in Canada, so tree planting will move to Canada. The overall outcome will be better for the global environment because the Canadian gene-edited trees capture more carbon. But this outcome will come at a cost to the overall NZ economy, because there is less tree planting here and we are importing emissions units2. However, in this scenario NZ is effectively “buying” the services of gene-edited trees grown elsewhere.

So, with emissions trading, an NZ ban on gene-edited trees would remain effective locally (no NZ-grown gene-edited trees) but ineffective globally (as NZ demand for emissions reduction would lead to an equivalent or greater volume of gene-edited trees grown elsewhere)3. Since trees have other beneficial environmental impacts (eg, preventing soil erosion and siltation of streams), a shift to tree planting overseas could also have other detrimental effects in New Zealand.

More trees in NZ (left) or in Canada (right)? Should we care which? Photos: Dave Heatley

Can NZ just say no to tech? My take-outs are:

This links back to automation tech and the future of work. “Just say no to robots” may become an attractive rallying cry should we wish to protect existing jobs, industries, regions or ways of life. But before saying no, we would want to be confident that the size and likelihood of the reward will offset the downsides.

Header image   Impossible Burger photographed in the wild in the US. Photo: Dave Heatley.