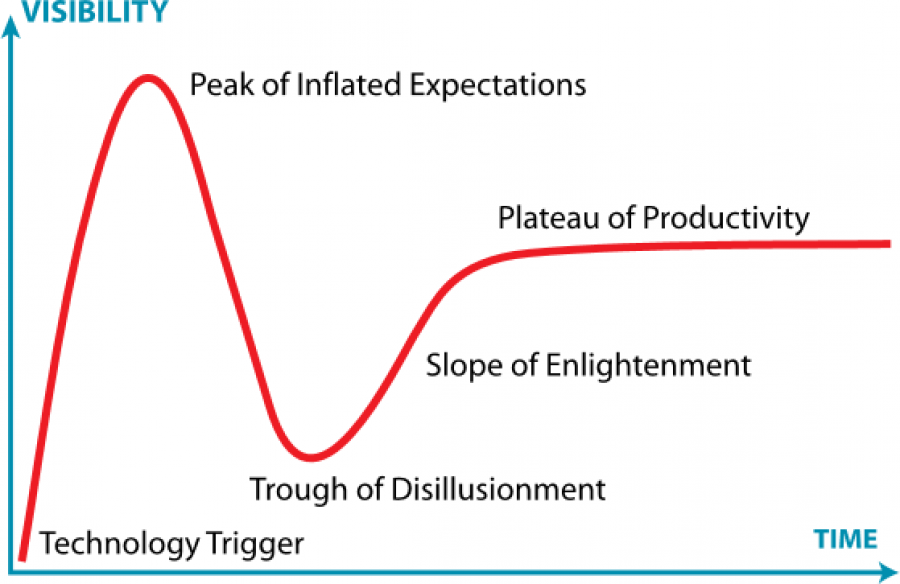 Predicting technology is the first step towards predicting the labour market impacts of technology. But history tells us that technology prediction is like a game of chance. Make enough predictions and you’re sure to get some right… and many wrong, sometimes spectacularly.

The president of IBM, Thomas Watson, purportedly said in 1943 that “I think there is a world market for maybe five computers”. There’s some doubt over whether he actually said it; however, there is little doubt that IT insiders who should have been “in the know” have made some monumental mis-predictions. Here’s a few of my favourites:

"Machines will be capable, within twenty years, of doing any work a man can do." Herbert Simon, 1956

"There is no reason for any individual to have a computer in his home." Ken Olsen, founder of Digital Equipment Corporation, 1977

"Almost all of the many predictions now being made about 1996 hinge on the Internet's continuing exponential growth. But I predict the Internet will soon go spectacularly supernova and in 1996 catastrophically collapse." Robert Metcalfe, founder of 3Com, 1995

"Two years from now, spam will be solved." Bill Gates, founder of Microsoft, 2004

"Next Christmas the iPod will be dead, finished, gone, kaput." Sir Alan Sugar, 2005

We might now live in an always-connected world of big data, yet prediction is no less difficult.

Technology needs pessimists too. They put a brake on the exuberance of optimists and help kill off truly dumb ideas. They identify social harms overlooked or downplayed by optimists. Pessimists jump enthusiastically on optimistic predictions that fail to eventuate, asking optimists to explain themselves.

The public interplay between optimists and pessimists drives a pattern called the Gartner hype cycle.

Initially optimists drive the cycle, pushing hype towards an early “peak of inflated expectations”. As their overly hopeful predictions fail to eventuate, the pessimists dominate, pushing hype back towards the “trough of disillusionment”. Surviving technologies slowly climb back out.

Peak hype comes a long time – typically years –– before the “plateau of productivity”, when a technology is commercially available and affordable. At this point it starts contributing to increased profitability and productivity, and thus affecting labour markets.

What can we take away from this for the future of work? I can see a few things.

Lastly, there is another variety of pessimism. That one grabs the optimistic schedules and market reach of new technologies from the techno-optimists and combines them with social harm concerns – potentially exaggerated – from the techno-pessimists. While such predictions play well to technophobes and others fearful of change, they are no less likely to be spectacularly wrong.

This variety of pessimism offers a business model (actually it’s a pretty old business model) – to make and promote predictions that stoke public fears, and then sell “modelling” and/or “policy advice” on what to do about it to governments. Just another reason not to take predictions of doom at face value.