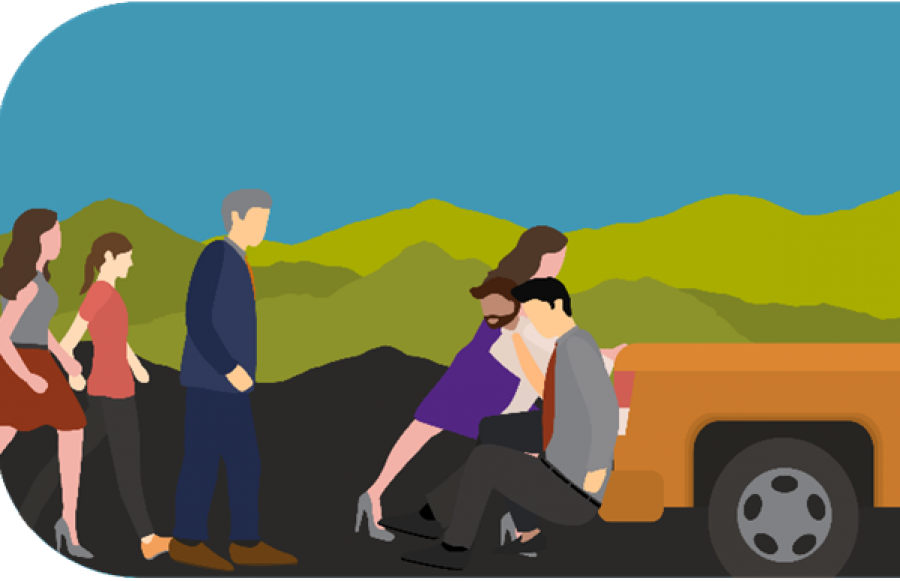 The Commission’s second draft report Employment, labour markets and income, for the Technological change and future of work inquiry, is out today.

It begins by telling the story of the New Zealand labour market. From one vantage point, it appears remarkably successful. Labour force participation is very high (Fig. 1). And unemployment is low – it’s currently about 4% but hasn’t risen over 6% since the early-2000s. 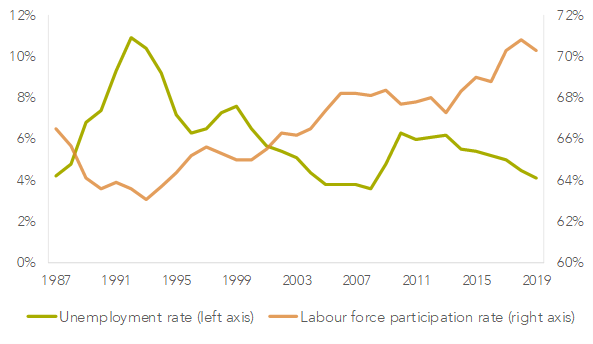 New Zealand has low unemployment relative to other advanced economies. 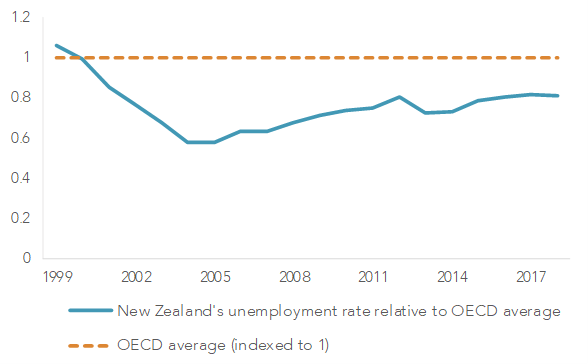 It would be easy to be complacent. We are, overall, in a relatively comfortable position compared to many other countries.

But from another perspective, the story isn’t so great. New Zealand’s economic growth has mostly been the result of population growth and more people participating in the labour force, rather than by improving productivity. This type of growth does not support increased wages. 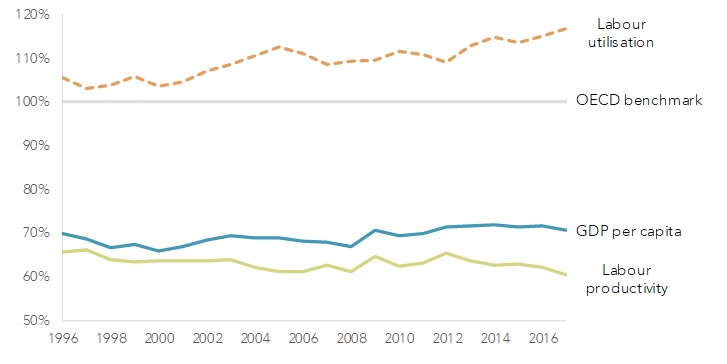 More workers can and do grow the economy, at least in absolute terms. However, this approach is a bit like recruiting more people to push a broken-down car rather than fixing its engine. More people might move the car a bit quicker, but it is not a great way to get to one’s destination.

For the New Zealand economy, “fixing the engine” is about improving productivity. And technology adoption is a key mechanism to grow labour productivity, which supports higher incomes and living standards.

So, can we fix the engine? The labour market is an important part of the engine. My next post is about improving labour-market dynamism.

Notes for Fig 3.
1. The OECD benchmark is the average of the top half of OECD countries with the highest GDP per capita
2. GDP per capita (blue line) is the result of GDP per hour worked (green line) and hours worked per capita (dashed orange line).