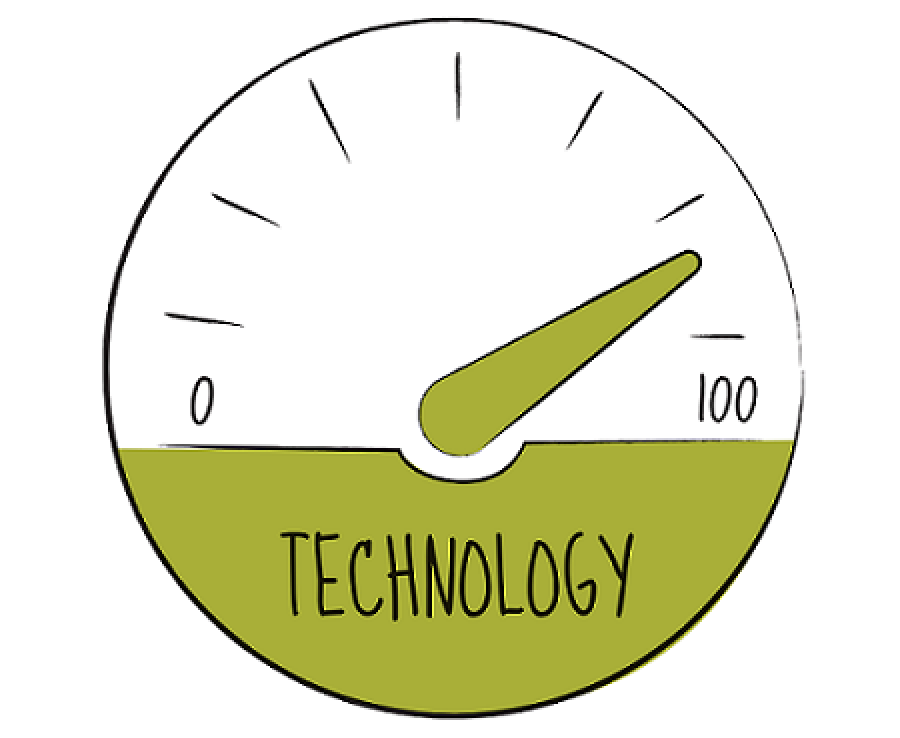 Accelerating or decelerating? Just about all the media commentary about the future of work says that tech change is accelerating, like this example, originally published in the Listener. But what does the data tell us?

It’s now six years since Frey & Osborne’s claim that 47% of total US employment was at risk of automation over the following 10–20 years. Replicating their methodology for New Zealand, the NZIER and Chartered Accountants Australia and New Zealand estimated that 46% of New Zealand jobs were at risk. If they were right, we’d expect to see some strong signs of job displacement in the data by now. So, I went looking…  and didn’t find much. Or more accurately, what I did find is directly contradictory to a “technological disruption of the labour market” story.

There’s no single measure of the rate of tech change1 but if that rate is accelerating, we’d see the impact on firms, the economy and the labour market. Acceleration would show up in many statistics, including:

We might also expect to see changes in types of work arrangements, especially if tech change was changing business models and ways of working. Many have forecast an increase in casual, part-time, short-term and other “precarious” forms of employment.

So here are a few charts that might surprise you:

Involuntary unemployment as a share of the labour force 2 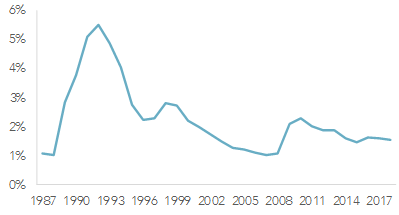 Rates of job destruction have actually declined in New Zealand since 2000. Recent rates of job creation are at a similar level to rates in the early 2000s.  (In Australia, job creation has been declining.) 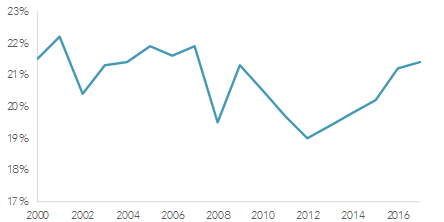 The share of New Zealand workers who switch jobs is at similar levels to the early 2000s – it decreased after the 2008 recession but has since increased.

Firm creation and destruction as a percentage of total firms 5 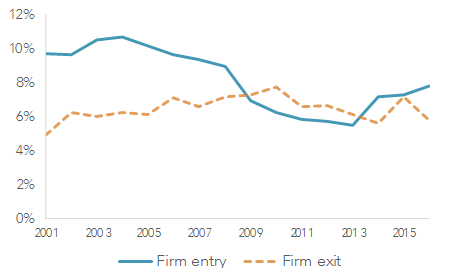 The rate of firm creation was generally declining between the early 2000s and 2013, although it has increased slightly since. Firm destruction has been relatively stable, sitting around 6%. (Rates of firm creation in Australia and the US have also been declining.)

As for changes in work arrangements, the share of the labour force in casual or fixed term work has not been increasing in New Zealand and there does not appear to have been an increase in contract-based work for main jobs. It is possible that more people are choosing to do gig work as a second job – New Zealand doesn’t have great data on second jobs, though we do know that the proportion of workers who hold multiple jobs has been declining.

What to make of all of this? My take outs:

Does that mean we won’t see disruptive technological change in the future? Well, as John MacCormick will explain in his upcoming romance-themed post, trends can change! And based on what I’ve been reading in Dave’s blog posts job-loss predictions, technology predictions, AI tech forecasts, diverging forecasts and the perils of straight-line forecasting, I wouldn’t rush to make predictions. But it would be sensible to keep monitoring changes in these indicators in New Zealand, and in countries that develop and adopt tech more quickly than us.

Notes
1. In this post, I’m using “tech change” as a shorthand for the labour market effects of new technologies, particularly automation technologies.
2. Based on Stats NZ Household Labour Force Survey data.
3. Based on Longitudinal Employer-Employee Database (LEED) data.
4. Coleman and Zheng (forthcoming) and based on micro data from LEED. The share of workers who switch jobs is measured by the percentage of workers who changed employers within a 12-month period (data is for March of each year).
5. Based on Longitudinal Business Database (LBD) data from the spreadsheet of Stephenson (2019).
6. Based on OECD data.