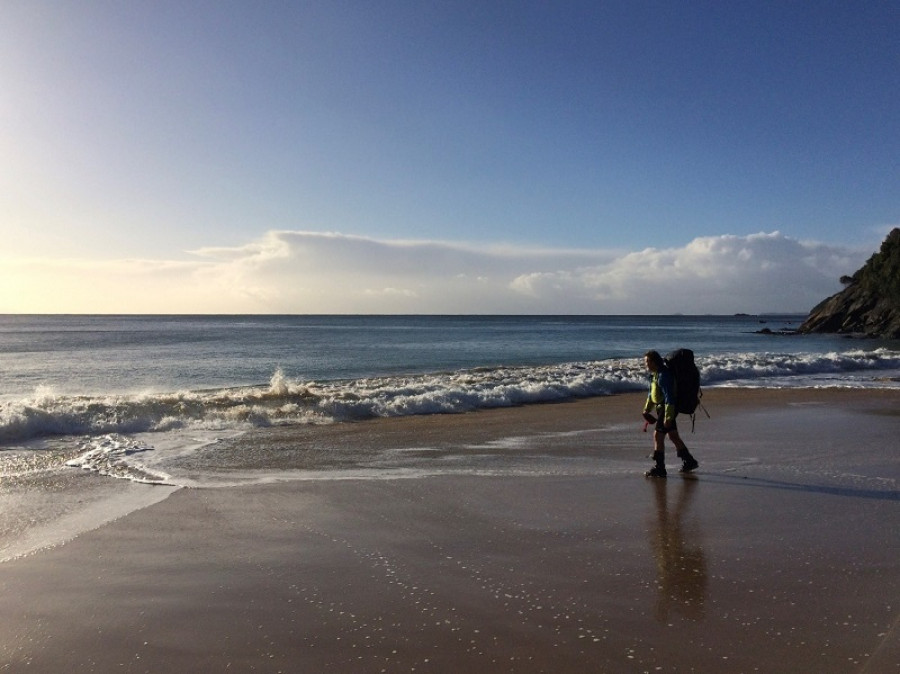 Can automation tech keep improving at the current rate?

First, how good is today’s AI-enabled software? There is no question that it is a lot better at specific tasks than its predecessors. These tasks are more than toys – they include classifying photos, language translation, speech recognition and text synthesis.

My photo library has lived on an iPad for many years now. More recently, Apple added AI-based image classification to its operating system. Search for “beach”, and scenes like this pop up:

But Apple’s AI makes some perplexing errors. On the left, Turoa ski field is a “beach” (a false positive), while on the right, Murray Beach on Stewart Island doesn’t make the cut (a false negative).

Such classification errors are fun and have low consequence in a photo search.1 But should I ask an autonomous vehicle to “take me to the beach”, I wouldn’t expect it to head for the snow! 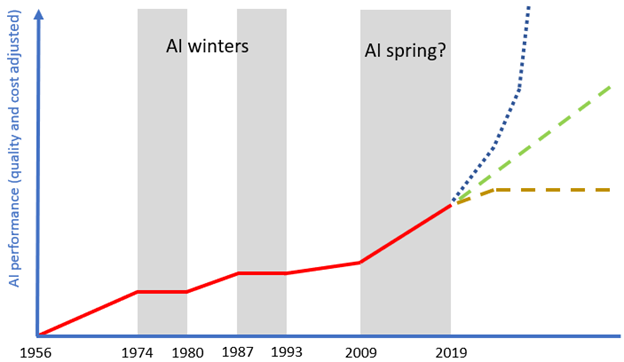 Which trajectory is more credible?

Clearly, current technology has room to improve, and it is yet to reach all possible applications. Still, deep learning has inherent limitations, and it is debateable whether the approach is extendable to situations that require more “general” intelligence. As Marcus points out, while deep learning is very good at interpolation (cases between known training examples) it performs poorly at extrapolation (cases beyond the range of examples). The problem is that in many cases it is the ability to cope with unusual cases that matter.

The self-driving cars of Waymo, Uber and Tesla, for example, have been unable to reach human-equivalent driving performance, let alone earlier predictions of better-than-human performance. According to commentator Timothy B Lee:

Driverless cars seemed to reach peak hype some time in late 2017. Then in 2018, the industry plunged into the trough of disillusionment, with some people wondering if driverless technology might be decades away.

An illustrative example is responding to an unusual object on the road. A human driver can draw on other experience to distinguish between, for example, a cushion and similarly-shaped rock on the road and respond accordingly. A self-driving car is unlikely to have sufficient examples of both in its training set, and so may take (potentially dangerous) evasive action to avoid hitting a soft cushion! Google’s Chief Economist, Hal Varian points out that data has diminishing returns to scale – the value of data scales with the square root of its quantity. Collecting huge amounts of data cannot guarantee that all unusual cases are included in the training dataset.

What does this mean for the future of work?

Early waves of automation tech replaced routine manual work with machines. They haven’t necessarily eliminated occupations. The quintessential manual worker – depicted on road signs as a person leaning on a spade – is still required, but today’s worker is most often seen working alongside an excavator. The excavator (and its operator) do the heavy lifting, while the spade operator handles the “edge cases” – exploiting their dexterity and decision-making capability to work near power and communication lines for example.

Later waves of automation tech replaced routine cognitive work with machines. For example, “computers” – at one time humans employed doing maths – were replaced by their electronic namesakes. But again, electronic computers handle the regular and standard cases, and we still need humans with maths skills to program those computers and to deal with the irregular.

I think what we are now looking at is a progressively expanding definition of “routine”, as AI technologies take on routine decision-making. Human decision makers will still be necessary for the non-routine – the special cases. And we will be even more valuable for that purpose. But I can’t see any strong evidence that this wave of automation will hit harder or faster than did previous ones.