Left off the map – again! 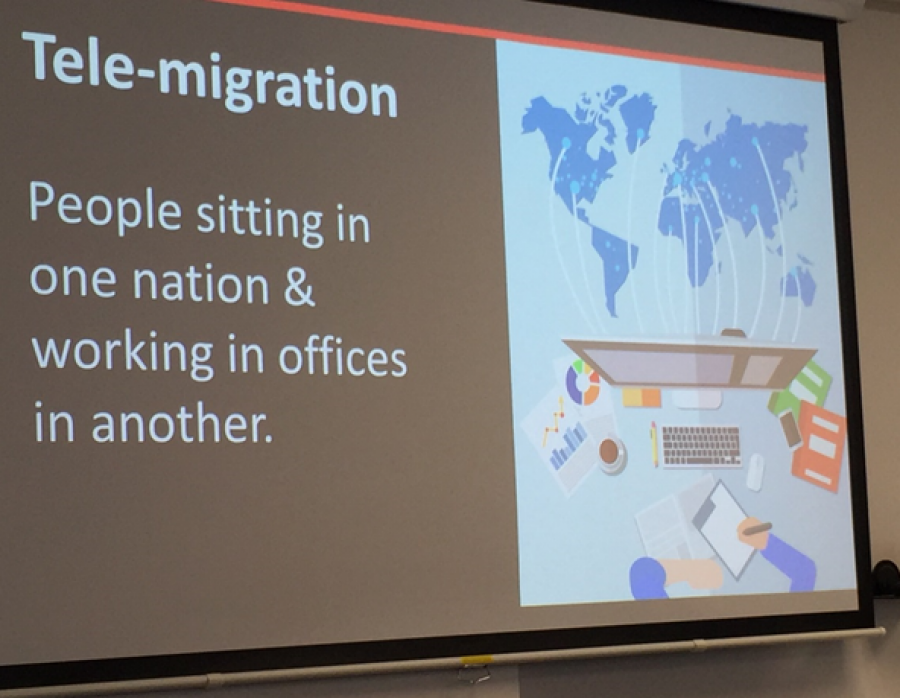 How would this productivity increase come about? By making services more competitive.

Services jobs are often non-tradeable, that is they are produced and consumed locally. As a result, they are often not subject to much in the way of competitive pressure – especially in small towns and cities. Many unproductive services firms continue to puddle along in places all over the world, while charging relatively high prices. Valuable resources are locked into those firms, never to be jolted out of complacency and reallocated to more productive uses.

If services jobs can be disaggregated into smaller tasks, then some of those tasks could be outsourced and produced more cheaply elsewhere, with the final service still being delivered locally. For example, Baldwin talked about law firms in the United Kingdom using South African workers to carry out basic legal work. He also pointed to examples of workers in Kenya contracting (via platforms) to carry out data entry work. With a laptop, a decent internet connection and a bank account for payment, this work can be undertaken anywhere in the world. This is the “glob” part of “globotics”

The more recent development is the ability of AI-based algorithms to do these sorts of tasks. Baldwin called such algorithms “white-collar robots” – hence the “botics” part. Sticking with a legal example, there are now AI programs that search large volumes of documents to carry out “discovery” (the review of legal documents and information, in preparation for a court case). This used to be a job for law clerks and interns.

New Zealand is a possible winner from these sorts of developments, for two reasons. On the globalisation side, we have a highly skilled English-speaking workforce that could contract for some of this work. (And at lower wages than those traditionally wealthy countries in the Northern Hemisphere.)

Perhaps more significantly, as a small and distant economy that is largely service based, “globotics” opens up opportunities to increase competition and improve productivity in our service industries. The Commission’s work has shown how much room for improvement there is in the service sector, and how small local markets constrain productivity.

The real question for us is not “will these ‘global service chains’ hurt us?”, but “how can we get connected to them?” Judging by Professor Baldwin’s slide, we have a bit of work to do on that front.