Migration and the labour market 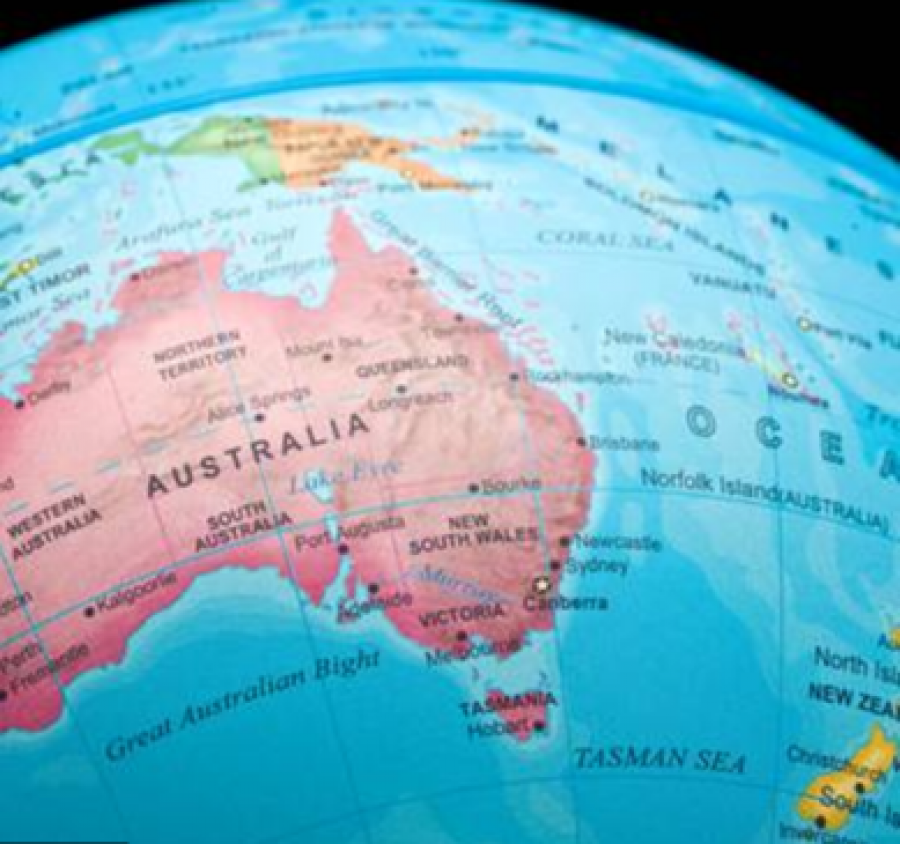 Trans-Tasman migration and arrivals from other countries have bigger effects on New Zealand’s population and workforce growth than trends in births, ageing and deaths for the resident population.

The reason is that our migration to and from Australia is uniquely fluid – it’s especially easy for Kiwis and Australians to move back and forth across the ditch . It has been this way since the 1840s (though you would have needed to take a boat back then).

When job and income prospects are better in Australia, New Zealand sees a steady outflow of Kiwis. When conditions favour job prospects in New Zealand, this trend can reverse… though at nearly every point over the last forty years, there has been a net outflow of Kiwis to Australia. (Dave went against trend – he moved to New Zealand from Australia in 2005.)

These flows tend to smooth out New Zealand’s employment and unemployment statistics over time.

The past few years have been unusual. New Zealand’s net outflows to Australia were close to zero in 2018 – this hasn’t happened since about 1990. And only happened one other time before that in the last 40 years (Fig 1). At the same time, there has been an unprecedented spike in net migration from other countries. This has pushed total net migration to its highest levels over the past 40 years.

There are three culprits…

First, there has been a big jump in the number of New Zealanders like Amelia returning home from overseas, but particularly from Australia. 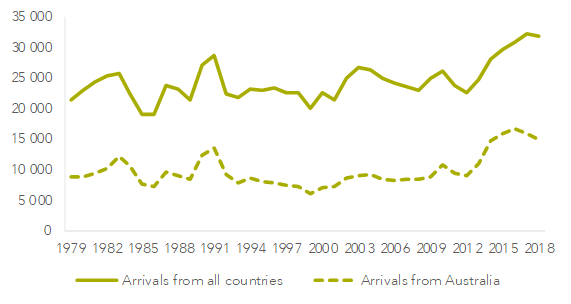 Second, there has been a recent drop in the number of New Zealanders emigrating overseas – and most importantly to Australia. 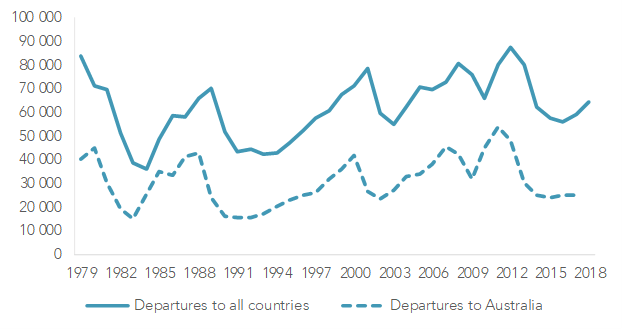 The third is a big spike in arrivals from other countries. More citizens from countries other than Australia are choosing to move to New Zealand. Many of these people are coming through work or student visas. 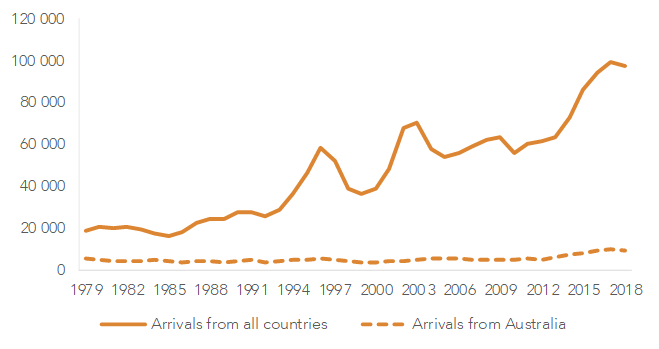 The number of new working-age immigrants has, in recent years, been roughly double the number of New Zealand residents turning 15 (and who could potentially enter the labour force) each year. Most international students, who may work part-time while studying and for up to 3 years after graduation, are not full-time or permanent additions to the workforce, but when international student numbers are growing this is a significant net inflow of workers. 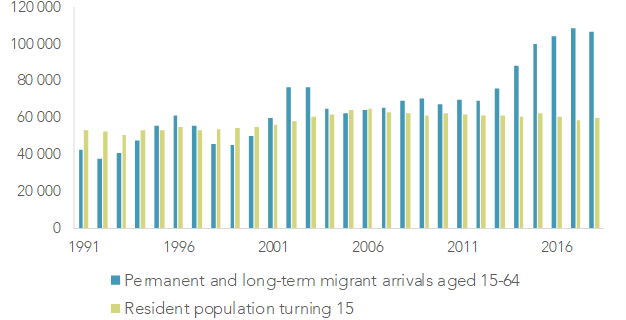 What are the implications for the labour market? The recent spike in net migration doesn’t just affect our population statistics, but also the skill composition of the workforce.

When looking at the future of work and the future supply of and demand for skills in New Zealand, migration flows and the policies that affect them can be as important as the flow of people through our education system, especially in the short- and medium term.

Note
1. Figure 5 does not include Australian citizens moving to New Zealand (since they don’t require a visa).