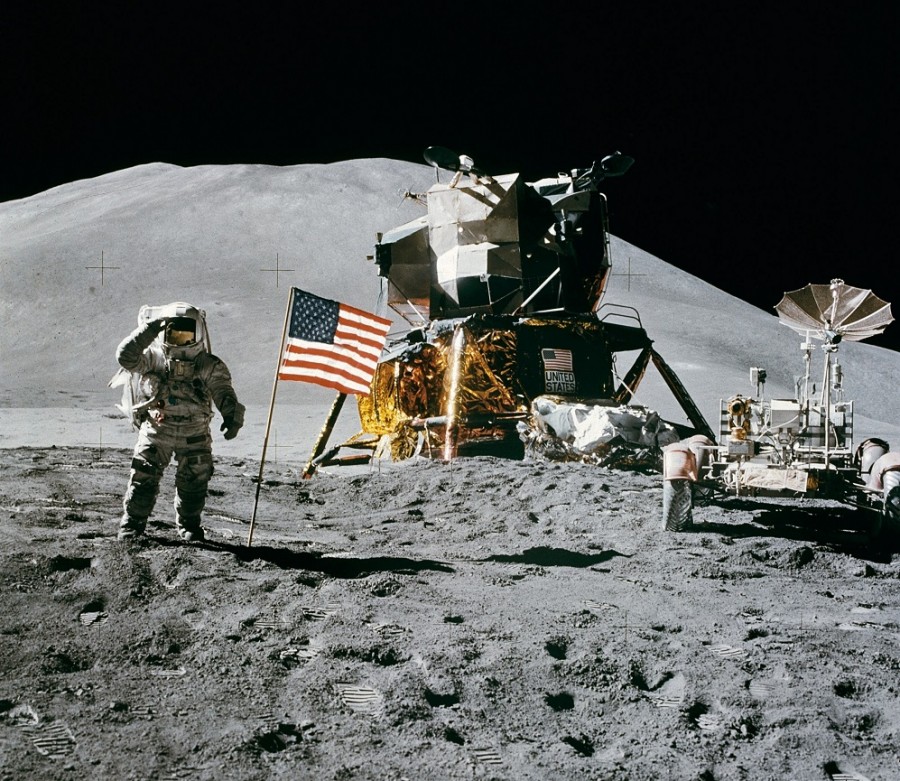 The 50th anniversary of the moon landings got me thinking about 1960s tech and work. Not that I was working back then – I watched a scratchy B&W TV broadcast at primary school.

JFK was responding to evidence of the technological superiority of the USSR, which he saw as an existential threat. As he said, “the vows of this Nation can only be fulfilled if we in this Nation are first, and, therefore, we intend to be first.”

The 1960s saw significant change to tech and to work, and concern about possible downsides. To achieve the moon programme, NASA had to grow within a decade from a handful of employees to over 400,000. According to JFK’s speech, tech change was occurring at “a breathtaking pace, and such a pace cannot help but create new ills as it dispels old, new ignorance, new problems, new dangers.”

The US government became concerned about the impact of tech change on the workplace in the early 1960s. US unemployment had been high since the end of the Korean War, and there was a belief that technological change is a major source of unemployment. These concerns led Lyndon B Johnston to create a National Commission on Technology, Automation, and Economic Progress in 1964, saying:

Technology is creating both new opportunities and new obligations for us-opportunity for greater productivity and progress--obligation to be sure that no workingman, no family must pay an unjust price for progress.

Automation is not our enemy. Our enemies are ignorance, indifference, and inertia. Automation can be the ally of our prosperity if we will just look ahead, if we will understand what is to come, and if we will set our course wisely after proper planning for the future.

The National Commission’s terms of reference were, in part:

a) To identify and assess the past effects and the current and prospective role and pace of technological change;

b) To identify and describe the impact of technological and economic change on production and employment, including new job requirements and the major types of worker displacement, both technological and economic, which are likely to occur during the next 10 years; the specific industries, occupations and geographic areas which are most likely to be involved; and the social and economic effects of these developments on the Nation’s economy, manpower, communities, families, social structure and human values.

These are eerily similar to those of the Productivity Commission’s inquiry!

LBJ’s National Commission reported in 1966. It noted that:

The fear has even been expressed by some that technological change would in the near future not only cause increasing unemployment, but that eventually it would eliminate all but a few jobs, with the major portion of what we now call work being performed automatically by machine. (p. xii)

One of the core functions of government is collective security. Governments are generally better placed than individuals to scan for potential threats and assess them. Many such assessments come back negative, that is, nothing to worry about. This is a good thing, as the costs of some false positives are small compared to the risks of overlooking an emerging existential threat.

The National Commission found automation concerns to be a false positive. My take-outs are:

We can learn more from the 1960s than its music and space exploration. And the moon still provides illumination…