The gig on women’s earnings

It turns out that a persistent earnings gap between men and women remains, even in the gender-blind, flexible environment that is Uber. Researchers Cody Cook and Jonathan Hall from Uber, Rebecca Diamond and Paul Oyer from Stanford University, and John List from the University of Chicago have analysed data from over a million rideshare drivers in the US and find a 7% earnings gap.

What explains the Uber earnings gap?

Hourly earnings on Uber vary by location, time of the day and day of the week. Uber do not discriminate in the pay rate between men and women drivers and you wouldn’t expect any inherent gender differences in the capacity of men and women to take advantage of lucrative locations or times. Work on Uber’s platform, almost by definition, does not involve the “flexibility penalty” that women sometimes face in accepting lower wage rates for work with more flexible hours.

Another is to do with experience. What the researchers call “rideshare-specific human capital”. Even in something as supposedly simple as picking up rides, past experience is valuable for drivers. A driver with more than 2 500 completed trips earns 14% more per hour than a driver who has completed fewer than 100 trips. Drivers learn where and when to drive and wait, and how to strategically cancel and accept trips. Because the typical male driver has more experience than the typical female driver, this explains some of the earnings gap.

Finally, men drive faster. Drivers are paid according to both the distance travelled and the time taken, but in the vast majority of cases the loss of per-minute-pay by getting there faster is outweighed by the value of being available sooner for the next ride.

Overall the researchers found that driving speed explained half the gap, experience a third and the rest by choices about when and where to drive. The authors suggest that there is no reason to expect the gig economy to close gender differences.

In its recently released report, the Commission noted that technology can have many effects on work, including creating new opportunities for self-employment. The emergence of digital on-demand work platforms in the gig economy has expanded opportunities for workers in “thin” markets and for those seeking flexible work. 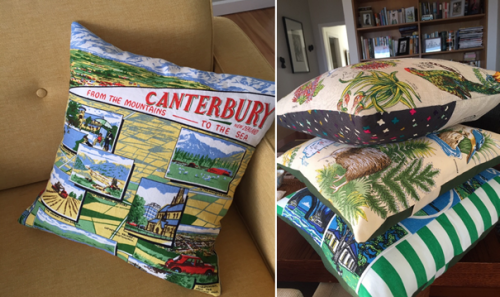 Even more than with Uber, online platforms for physical and digital products have a long tail of sellers who don’t sell or make much, and only a small number are responsible for most of the items sold. But, what’s interesting about Etsy is that 97% of sellers operate from their own home and 87% are female. (That’s compared with 36% of US businesses being female-owned in a 2012 survey.2)

It appears that Etsy is providing women with opportunities for self-employed flexible work and a “thicker” market than you’d reach at the local Saturday market or car boot sale.

Notes
1. This is described in the paper as “men earn a compensating differential for their willingness to drive in areas with higher crime and more drinking establishments”. We read that as “women lose earnings because they face more risk of being attacked”.
2. Information about Etsy comes from Labor in the platform economy: New work created, old work reorganized and value creation reconfigured.
3. What is also interesting is that women from minority groups in the US own a greater share of businesses in their respective demographic groups compared to non-minority women. This suggests to us that there are greater opportunities (and perhaps flexibility) for African/American and Hispanic women in self-employment (whether gig or not) than in being traditional employees.