Reading past the job-loss headlines 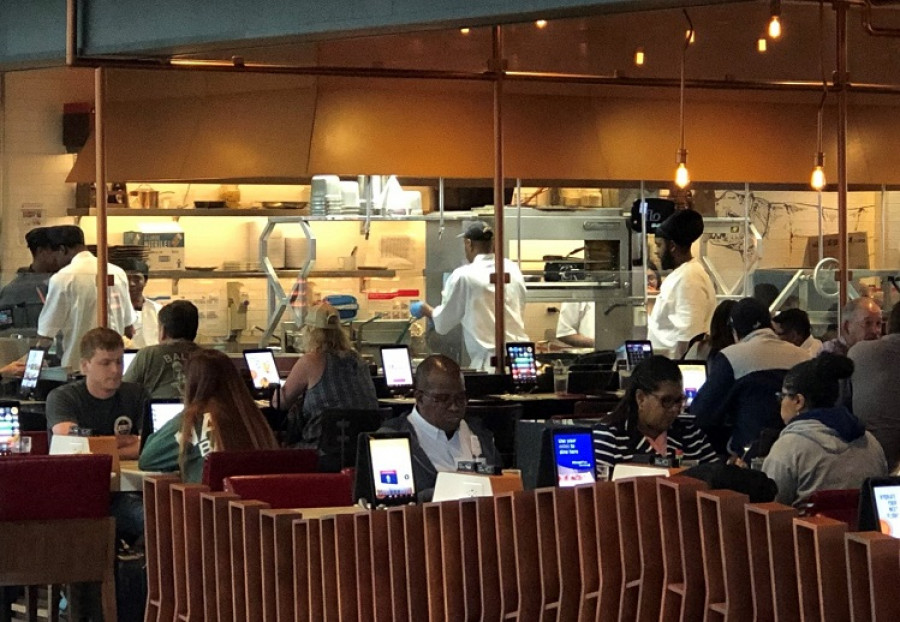 “Machines take jobs” cry the headlines. A journalist friend once said the media only publish two stories: “it’s that terrible” and “isn’t that wonderful”. “Machines take jobs” is clearly “terrible”. But its logical opposite, “machines create jobs”, is unlikely to make the grade as “wonderful”. Such selection effects mean that bad news crowds out the good.

Today I’m going to look at just one such headline: Exclusive: Amazon rolls out machines that pack orders and replace jobs. Reading past such a headline tells us a more nuanced story. When we hear about job losses our concerns naturally turn to those losing the jobs. But, without further information, we may also assume that the direct job loss figures also accurately describe the aggregate labour market effects. This post makes the general point that

Aggregate impacts are only part of a wider whole story. Jobs created may not match those lost in location, wage levels or skills requirements. Such mismatches can make it much harder for affected workers. But the aggregate story is important. Finding a new job in a buoyant labour market is very different from finding one in a depressed market. This post explores aggregate impacts, with the intention of informing future posts on individual, local and distributional impacts.

Let’s start with the direct, or first-order, effect: “Amazon.com Inc is rolling out machines to automate a job held by thousands of its workers: boxing up customer orders … Amazon has considered installing two machines at dozens more warehouses, removing at least 24 roles at each one ... That would amount to more than 1,300 cuts across 55 U.S. fulfillment centers”. Let’s call that 110 machines at 55 plants leading to 1300 jobs lost – clearly headline material.

But machines need people too! “The machines require one person to load customer orders, [and] another to stock cardboard and glue ...” This is a second-order effect, which, based on the description in the article, might create 220 jobs. Further, “these machines are not without flaws … They need a technician on site who can fix problems as they arise”, which would mean a further 55 jobs. There’s a lot of guesswork going on, but let’s call that 275 jobs created. This is a second-order effect.

Will Amazon fire 1300 existing workers and hire 275 new ones? That’s unclear. Taking Amazon at their word, “rather than lay off workers, [they] will one day refrain from refilling packing roles. Those have high turnover because boxing multiple orders per minute over 10 hours is taxing work. At the same time, employees that stay with the company can be trained to take up more technical roles.” It’s at least conceivable that the combination of voluntary attrition and retraining could avoid any forced redundancies. I’d want to know more about turnover rates and Amazon’s history as an employer before making any predictions.

What about effects outside of Amazon? Well, the machines cost $1m each. It takes people to design, build and install million-dollar machines. An Italian firm supplies the machines, so perhaps many of those jobs are offshore, which complicates the story (but not the overall maths). How many jobs? I will punt up a guestimate of 200.1 But this is another second-order effect. Together, second order effects drop the original job-losses of 1300 down to a net 825.

These first- and second-order effects are “mechanical”, in the sense that they are consequences of purchasing, installing and operating the new machines. But such changes also affect costs, revenue and hence profits, that is, they have economiceffects. I’ll call such effects “third order”. The article hints at them when it says: “Amazon would expect to recover the costs in under two years”.

After those two years, Amazon will presumably be earning additional profits. Let’s consider four cases for who receives the benefits.

Which of these cases will apply? That’s hard to say. Amazon has a long history of preferring to build its business rather than rewards its investors. So, the first three cases seem more likely. The article hints towards new workers (“We expect the efficiency savings will be re-invested in new services for customers, where new jobs will continue to be created”), and to existing workers (“the company … raised wages to attract staff in a tight labor market”).

Whichever case (or combination of cases) applies, jobs are created, not destroyed. How many? Would they create more than the net 875 jobs lost through first and second order effects? I’ve mined all I can from the article, so don’t have the information to inform a prediction.

However, increasing incomes and falling prices for goods both tend to increase the consumption of services. And service production, in general, is more labour intensive than goods production. Technology-created profits will create jobs, whether in the hands of workers, investors or customers. This is one of the reasons previous rounds of labour-replacing technology has not led to mass unemployment.

More generally, the profits generated by a cost-reducing technology gives a firm two options: to reduce prices to attract increased sales or to redistribute those profits. The labour market effects both options are positive, though different. Economic theory tells us that this choice is driven by the firm’s cost structure and by market conditions (specifically the demand elasticity) for the firm’s output.

This leads us to a second general message:

A specific technology might have very different labour market effects when applied in one industry than it has in another, or in one consumer market rather than another. This could undermine a policy response that tried to differentiate based on the characteristics of the technology alone.

In this post I’ve shown how a job-loss headline figure of 1300 drops to 875 once second-order effects are included, and why it will drop further – and perhaps become positive – following third order effects. Next time you read a “machine takes jobs” headline, take some time to think about first, second and third-order effects. Should that headline be saying “machines create jobs”?

1. Roughly two jobs per machine, assuming that labour costs are 50% of revenues, an average annual wage of US$75,000 and a 7-year machine life.

Photo: Tablets at every seat replace waiters and cashiers at a Houston café. Source: Dave Heatley.