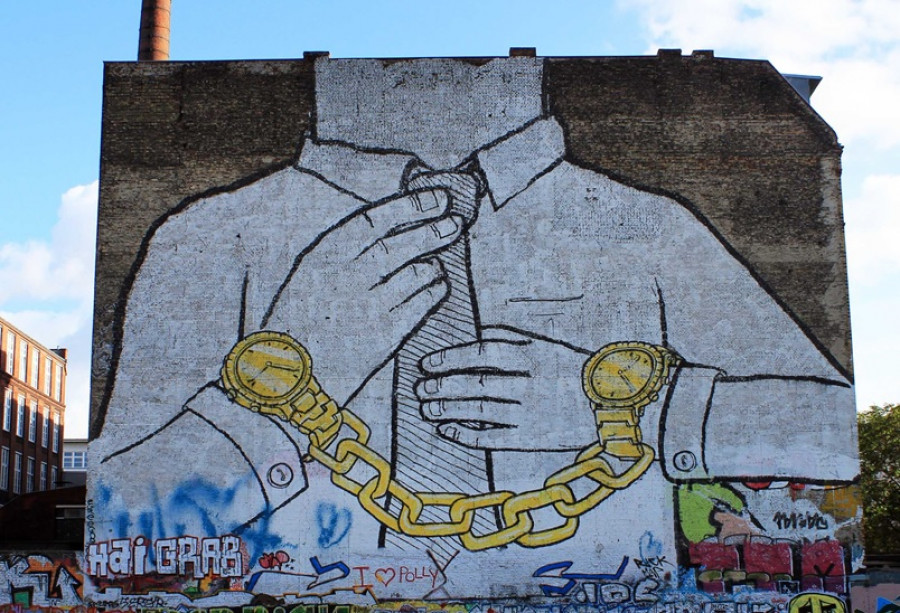 Redundancy pay is a rather primitive form of insurance or “income smoothing”. It’s an old technology that pre-dates modern social welfare and social insurance systems. It doesn’t target support to the people who need it most, doesn’t manage the financial risks of business failures, discourages labour market mobility and skill redeployment, and it can reduce the supply of good jobs.

So while redundancy pay negotiated between workers and employers can benefit everyone as I described in my last post, I think it would not be a good idea to expand mandatory redundancy pay entitlements beyond the vulnerable workers covered by existing law.

Redundancy pay is one way that employers and workers can design employment agreements to share risks and strengthen mutual commitment to an ongoing relationship. It can attract talent, encourage investment in specialised skills, and encourage retraining and redeployment rather than lay-offs in the face of declining demand, technological change, or other disruption. Redundancy pay liabilities are also a way to get employers to internalise the broader social costs that may result from lay-offs.

Redundancy pay is generally based on recent pay and length of service. This is a poor way to match support to the actual costs that laid-off workers experience. For some workers, any pay-out will be a windfall as they’ll find a great new job starting Monday at the company next door. Others may take months to find a lower-paying job in another town.

Some long-tenured and older workers may be less mobile (with dependent families, deeper roots in a local community, and equity tied up in a house) and it may be harder for them to find new jobs with similar pay and conditions (if their skills built up on the job are worth less in other contexts).  But experienced workers’ skills and connections can also help them find new jobs more easily. Workers with shorter tenure may have younger dependent children, fewer savings, and less home equity to fall back on. With more working years ahead, they may face longer-term ‘income scarring’ from redundancy.

Redundancy liabilities often arise when employers are least able to pay them, especially when businesses fail or are retrenching due to falling demand or rising competition. Laid-off workers can face long delays getting their redundancy pay (and back pay, holiday pay, etc…) when they need the cash most. Australia’s Fair Entitlements Guarantee Scheme seeks to tackle this, with the government paying out workers’ entitlements and taking their place in the creditor queue. This ensures workers get paid eventually, but delays are still significant and this does not deal with the immediate cashflow problems workers face.

Redundancy pay can discourage workers from looking for a better job

Entitlements that tie workers to their current jobs can hamper economic dynamism and productivity. Redundancy entitlements are not “portable”: workers can only get paid-out if they stay in a job until they are laid off. This can discourage workers from seeking other work, even if they know their current job is at risk. When eventually laid off, they may end up competing with former colleagues who are also searching urgently for similar new roles.

Lump-sum redundancy pay-outs may give workers more time to find a job well matched to their skills and preferences. But they can also reduce the urgency of laid-off workers’ job search, increasing risks of extended breaks from the labour force, the loss of skills, and longer-term income scarring.

Redundancy pay obligations raise the cost and risk of taking on permanent staff. At the margin, this may discourage employers from hiring, and encourage contracting-out or fixed-term contracts.

The OECD’s 2018 jobs strategy Good jobs for all in a changing world of work highlights the concern that mandatory redundancy pay, and other policies which aim to protect jobs, can instead reduce labour market dynamism and lead to a two-tier labour market:

Employment protection for workers on open-ended contracts reduces job dismissals, but in doing so, also reduces incentives for hiring on open-ended contracts by employers and on-the-job search by workers. As a result, employment protection tends to have either no or a small negative effect on employment … Its main effect is therefore to reduce overall labour market fluidity in terms of worker and job flows … A detailed look at the impact of different employment-protection provisions suggests that this is mainly driven by high severance pay, long trial periods and strict reinstatement rules.

In short, mandatory redundancy pay doesn’t seem to be the labour market policy we are looking for. It’s not a “first-best” way to protect workers while promoting a well-functioning labour market and the adoption of technologies that will boost New Zealand’s productivity and living standards.

Inasmuch as severance pay is considered to be … efficiency-enhancing …, it should not be mandated but should be left to contractual agreements with social partners at the national or sector level, or to individual contracts at the firm level. Mandated schemes are unlikely to provide the needed differentiation and flexibility.    Holzmann & Vodopivec (2011) p11.

I agree. Beyond the existing legal protections for particularly vulnerable workers in jobs like cleaning and catering, my view is that redundancy pay entitlements are generally best left to negotiation between employers, workers and unions. Blanket rules mandating redundancy pay are not a desirable element of government’s policy response to technological change and the future of work.

More effective ways are available to achieve the broader public policy objectives that mandatory redundancy entitlements might serve. Policy makers should look to options that offer more effective and inclusive protections, and that create better incentives for labour mobility and productivity growth.  The next draft report of the Productivity Commission’s technological change and the future of work inquiry will look at more modern options to protect workers’ incomes while avoiding the downsides of mandatory redundancy pay.