The gig economy – flexible but tricky to measure 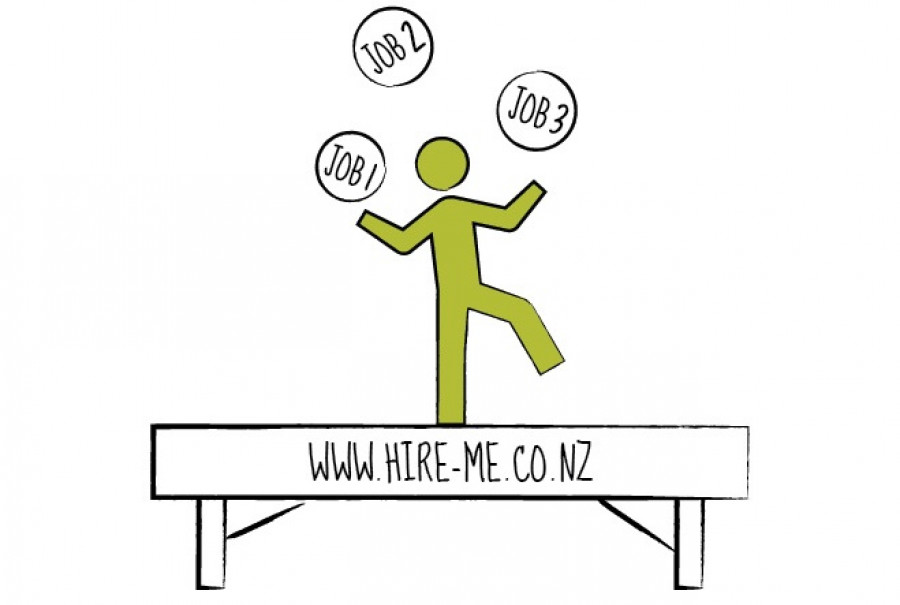 It is hard to find a discussion about the future of work without some reference to the emergence of the so-called gig economy. In a speech last year, Grant Robertson suggested that the gig economy has challenged “the very notion of what a job is”.

This statement begs the question: how big is the gig economy in New Zealand? And perhaps more importantly - is it growing? Unfortunately, answering these questions is much harder than you might think, as I recently learned while attending the Society of Labor Economists Conference in Arlington, VA (with our blog co-ordinator Dave Heatley).

In her presidential address at the conference, Katharine Abraham from the University of Maryland discussed the paper Measuring the Gig Economy: Current Knowledge and Open Issues, which she co-authored. The study attempted to estimate changes in the number of gig workers in the US, using two main sources of a data – a census-based survey and administrative tax data.

It turns out that these two data sources produce very different estimates. According to the tax data, the number of gig workers steadily rose between 1996 and 2012, from 9.5% to just over 11% of the US workforce. In contrast, the survey data suggested that the number of gig workers was at a lower level (compared to the tax data) in 1996 – roughly 7% - and this number declined slightly between 1996 and 2012.

To help understand these discrepancies, Abraham et al. were able to exploit linkages between the two data sets to explore how people’s survey responses differed from their tax records.

How could that be? The authors offered a few possible explanations.

In New Zealand, the best data we have on gig workers comes from the Household Labour Force Survey – specifically, self-employed workers as a proportion of the workforce. The data going back as far as 1987 does not show any clear trend.

Share of New Zealand's total workforce who are self-employed 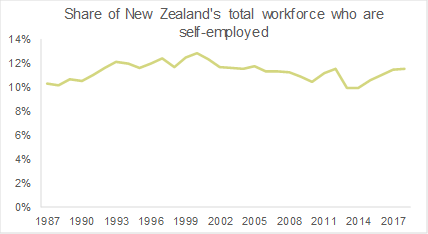 However, gig workers who have another more permanent job as their main source of income will not even show up in this data. This is a real problem, given that the income earned by gig workers via online platforms in many cases is likely to be relatively small and supplement more permanent sources of income. For example, a survey undertaken earlier this year of Uber drivers in Australia showed that just under 60% of drivers concurrently have a full-time job, a part-time job or own a business, while 10% and 6% of drivers are studying and retired respectively.

The self-employed data also includes those people who own their own business, not exactly the type of work most would characterise as gig work.

Given these issues, and based on the lessons of the US, we may want to take current survey estimates with a grain of salt, at least as measures of the number of gig workers in the workforce. Going forward, clarifying how gig work is defined, and collecting better data on workers’ secondary jobs will likely be necessary steps for us to reliably estimate the growth (or decline) in New Zealand’s gig economy.

AlphaBeta. 2019. Flexibility and fairness: What matters to workers in the new economy. Retrieved from https://www.nber.org/chapters/c13887.pdf