The perils of straight-line forecasting 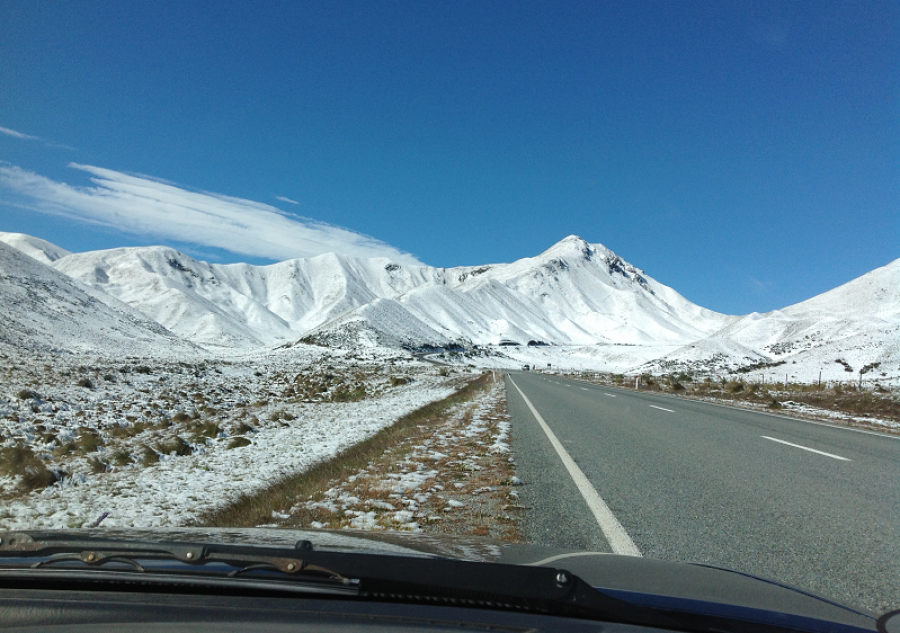 Skills scarcity is great. At least when it’s your skills in demand. Scarce skills command a wage premium and those with them are much less likely to face unemployment. (Employers are much less fond of skills scarcity, but they do benefit from skills gluts.)

But, when considering training or retraining, how do you pick skills and occupations that will be scarce in the future? Well, one way or another, you will end up relying on a forecast.

It’s hard to think in an organised way about the future without forecasting. So, it’s a significant theme in this blog. I’ve previously covered job-loss predictions, technology predictions, AI tech forecasts and diverging forecasts. Along the way I’ve found some bloopers worth sharing.

This recent OECD report appears to make a straight-line forecast for the next four years from data from the prior four years. See the next graph - the red line is mine. Robots need robotics engineers, so it looks like the latter will be scarce. 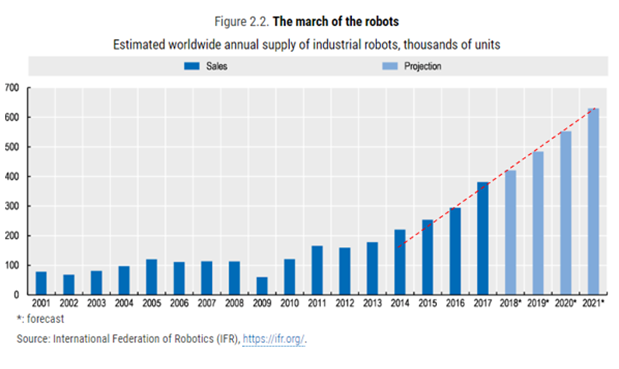 Should someone today be thinking of a career in robotic engineering trust this forecast? Well, compare the graph above with the demand for US elevator operators. 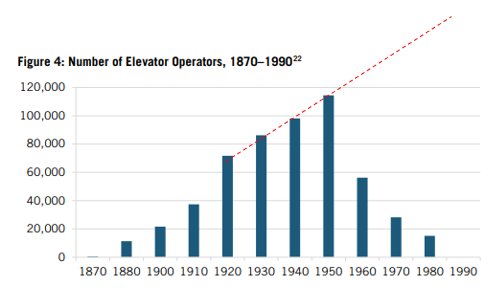 Fun fact: NZ still has an elevator with an operator – at Durie Hill in Whanganui. 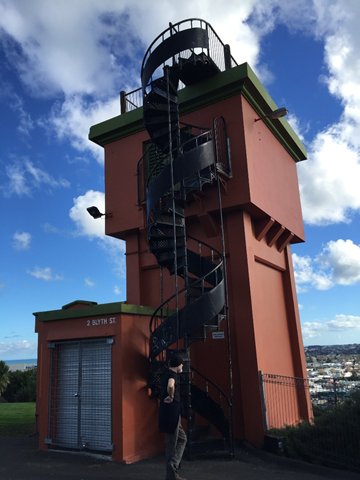 It’s easy to cherry pick data after the fact. The important message is that at any point in time, there are multiple possible futures and the recent past is not a great guide. The next graph shows the dramatic rise in computer-related jobs in the US since 1960.1 I’ve added dotted lines showing some predictions that might have been made in 1960, 1990, 2000 and 2010. Three of the four predictions undershoot. But you wouldn’t have wanted to have relied on the overshooting 2000 forecast either – the 2001 dot com bust was just around the corner. 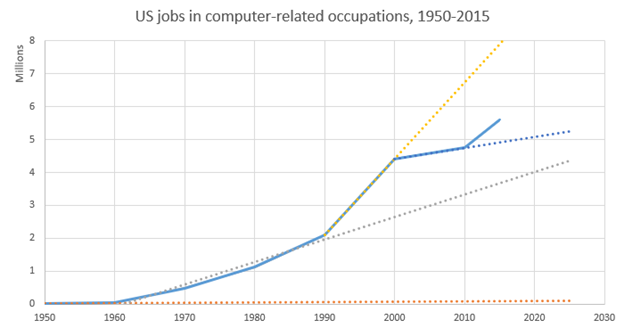 Forecasting is an important and useful skill. But it’s a craft inherently prone to error. Be wary of over-confident forecasters!