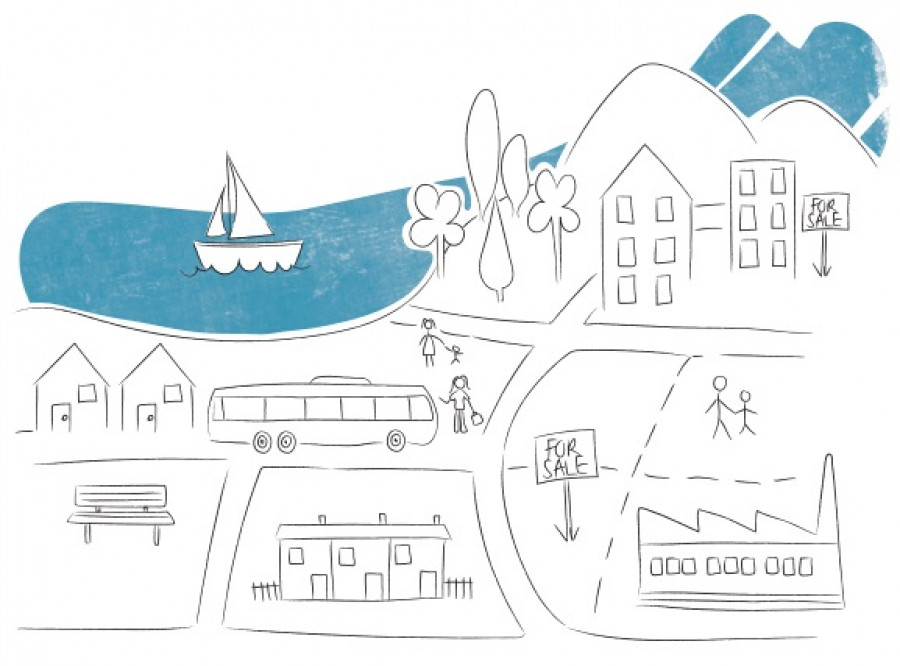 Why don’t people move as often as economists expect?

Some regions in New Zealand have much higher rates of unemployment than others. These differences are persistent, with little change over the past thirty years. Why might this be?

If workers seek higher pay (and unemployment is painful) then we would expect workers in struggling regions to move to where there are stronger prospects of finding work. Disparities between regions should diminish over time – workers from the (initially) struggling regions will continue to move until job prospects across regions converge (ie, until the net benefit of migrating hits zero).

We don’t seem to see this happening in New Zealand, at least not to the extent that we would expect. For example, Gisborne/Hawkes Bay, Bay of Plenty and Northland have had higher rates of unemployment since the late 1980s while regions in the South Island have seen much lower rates. 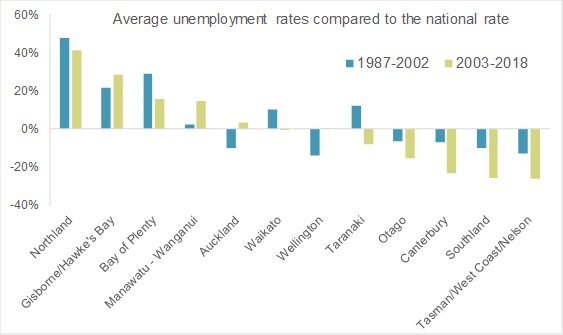 To date there hasn’t been good New Zealand information about how frequently people move location for work. In the US, fewer people are choosing to move compared to past trends. Strikingly, about 60% of people in the US live within 100 miles of where they were born, despite differentials in employment across states. In his recent paper, Mike Zabek from the US Federal Reserve Board looks at the effect of a person’s personal connections to their birth place, which he calls their “local ties”.

Presenting at the Society of Labor Economists Conference in Virginia earlier this year, Zabek pointed out that areas that are economically depressed tend to be home to a larger proportion of people born nearby, compared to more prosperous areas. For instance, 28% of Denver residents and 33% of Los Angeles residents were born in the same state, compared to 70% in Detroit and 80% in Syracuse, both areas that have experienced economic and population decline.

What could explain this? Between LA and Syracuse, it’s certainly not the weather. Zabek argues that it is local ties. His study finds empirically that migration responses to negative shocks are small in places where a larger proportion of people were born nearby. This is rather intuitive – people with strong ties to their local area are more likely to stay in depressed areas even when job prospects and wages deteriorate. It also helps explain why significant population losses are rare.

The effect of local ties represents one general problem with traditional spatial economic models – they assume that moving locations is a seamless and costless process (in economics language, there are no adjustment costs). In reality, moving can be emotionally and logistically challenging. It can mean leaving close family and friends, uprooting kids from their schools and social groups and shifting away from what is comfortable and familiar. A home town or city can have a huge sentimental value. And the financial cost of moving to a new region can be substantial, especially when house prices in prosperous areas are much higher than in depressed areas.

On the other hand, there can be huge positives from moving, such as better opportunities for study and higher-paying work that better suits one’s skills and talents (this is particularly true when moving to bigger cities with “thicker” labour markets) and access to new local amenities (eg, beaches and nicer weather!)

I can personally identify with both the positive and negatives of moving locations. Three and a half years ago, I chose to move from my childhood hometown Christchurch to Wellington, since I’d finished at university and government policy roles are much more abundant in the capital. It was a tough decision to shift away from my family and the mighty Crusaders and begin a long-distance relationship with my girlfriend who was studying in Christchurch (I am fortunate that she is now my wife and has joined me here!). Yet over the last few years, we have both become very fond of Wellington. It has become our home – we love the advantages of living in the city, have made some lifelong friends, and you’d need to give me a big pay rise before I’d consider moving away (though I haven’t yet converted to the Hurricanes…). 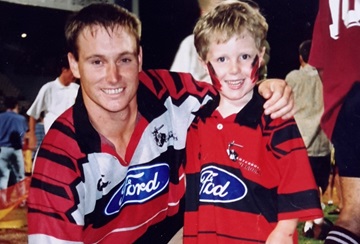 How is all this relevant to the future of work? Well, in a future with faster technological change, we might expect that workers will change jobs or retrain more often as tasks are automated, as new industries and jobs are created and as the types of skills in-demand evolve. While moving locations may offer real opportunities in response to these impacts, there can also be real costs that discourage people from moving. Some people with very strong ties to their hometown or city may endure long spells of unemployment or lower wages to avoid the higher adjustment costs that come with moving.

The adjustment costs associated with moving have real implications for policy making in the context of the future of work. For instance:

Our team will be looking at data on workers’ migration patterns across regions for our inquiry into Technological change and the Future of work. Look out for upcoming posts that discuss our insights!