We have better metrics than the labour income share. Let’s use them! 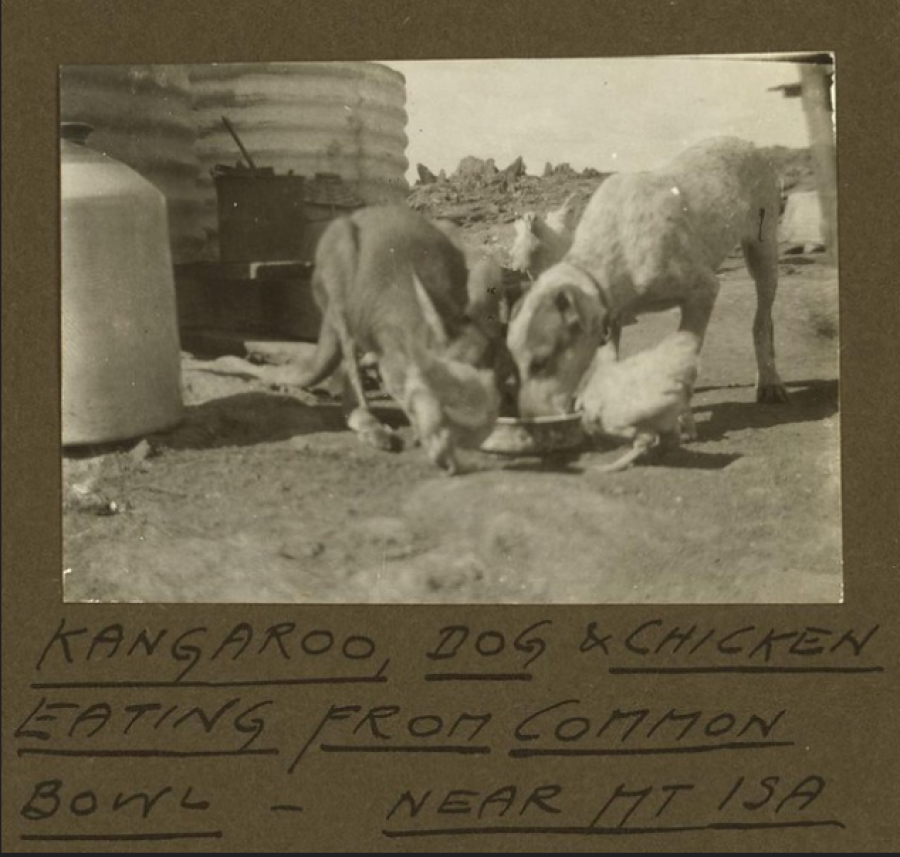 A decline in the labour income share (LIS) is not definitive evidence of capital replacing human labour. Neither is a decline in the LIS good evidence of increasing income inequality. Yet I’ve seen a declining LIS used as “evidence” to support both claims1, and what’s more to suggest there’s a link between the two.

In this post, I argue the LIS is not a suitable metric for either automation or inequality.

In practice, it is difficult to reliably separate labour income from capital income. Income received by self-employed people is particularly tricky. A sports professional, for example, might receive a salary – think of it as payment for games and training sessions. But what about the income received from product endorsement? This seems more like a rent on intangible assets – ie, capital income. But I’m sure you could make good cases for other interpretations.

Researchers and statistical agencies taking different approaches and studying different parts of the economy, over different time periods, arrive at quite different trends in the LIS. For example:

I have used Michael Reddell’s approach in the graph below. 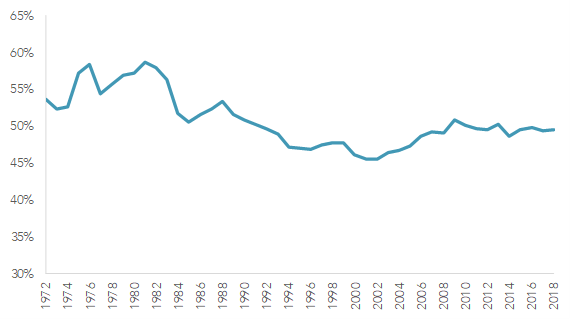 What factors can influence the LIS?

Nominal GDP goes up and down with the terms of trade – changes in the prices of exports and imports. A rise in export prices affects capital income more strongly than labour income, and so we would expect the LIS to decline in response.

Similarly, the LIS changes as the relative quantities of labour and capital change. The LIS should, for example, rise as labour market participation increases or the unemployment rate falls. Changes to official interest rates are ambiguous. Higher interest rates raise the returns to financial capital (reducing the LIS) but also make capital equipment more costly (decreasing its returns, and hence increasing the LIS). The net effect on the LIS may thus depend on distribution of capital and its ownership within and outside the country.

Policy changes can also influence the LIS. Take KiwiSaver, for example. Employee contributions do not change labour income, but in the longer run they create capital income for those same employees. Employer contributions2, on the other hand, decrease their capital income and increase labour income in the short term. They also contribute to the employee’s capital income in the longer run. I expect the introduction of KiwiSaver to have increased the LIS in the short run. But over time, capital earnings will swamp annual employer contributions, reducing the LIS to below its original starting point. So, we’ll end up with a lower LIS and higher incomes for workers in their retirement.

The LIS is sensitive to these and many other factors. An observed change in the LIS can only be reliably attributed to change in a single factor if all other potential factors are controlled for.

Is the LIS a good proxy for income inequality?

For the LIS to be any kind of proxy for income inequality over time, you’d need to make a lot of assumptions. For example, suppose:

Then a change in LIS would mean a change in income inequality for the population. But real life doesn’t neatly match these assumptions.

Income inequality is better measured as annual Gini coefficients for various types of income, or comparisons of income growth rates across income deciles. While such measures have their own issues, they are at least designed for the purpose and are subject to ongoing testing and refinement.3

Is the LIS a good proxy for the automation of human labour?

I’ll flip this around. How might we measure automation?

Consider a firm with $1000 a week to spend. They can choose to spend it on extra labour or extra capital equipment. Logically, they will choose the one that adds the most to their output. Put another way, if from a firm’s perspective the productivity of capital exceeds the productivity of labour, then we would expect to see that firm investing in capital equipment. And vice versa.

The wider economy is a collection of such firms. Improved or cheaper automation technology might be expected to increase the productivity of capital, making it more attractive for firms to invest. Some capital investments make labour more productive too.

Notes
1.  The LIS has also been used as a proxy for real wages. But real wages can increase even while the LIS is declining.
2.  To the extent that the incidence of the contribution falls on the employer.
3.  Measuring inequality is certainly not straight-forward – see the APC’s research report on inequality in Australia – a stocktake of the evidence. For New Zealand, I’d start with the work of John Creedy and Normal Gemmell and that of Matt Nolan and Brian Perry.