Labour market trends: what we know…

How a country’s labour market performs has a huge bearing on its overall productivity and wellbeing.

In recent decades, New Zealand’s labour market has seen some significant changes, including to the make-up of the workforce, and the nature of work performed. The Productivity Commission has been analysing some of these trends in preparation for its new inquiry on Technological Disruption and the Future of Work.

A high proportion of New Zealanders participate in the workforce compared with other OECD countries. Overall participation in the labour force has increased substantially since the late 1980s (see Figure 1 above). 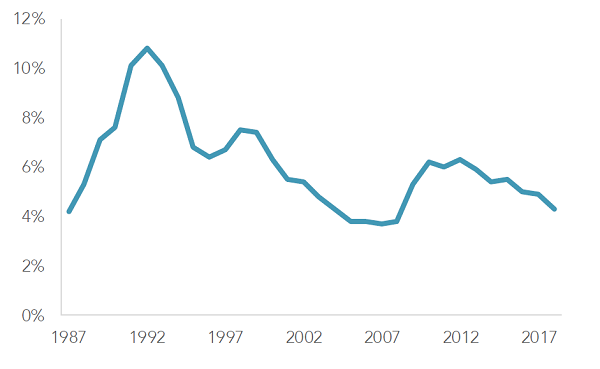