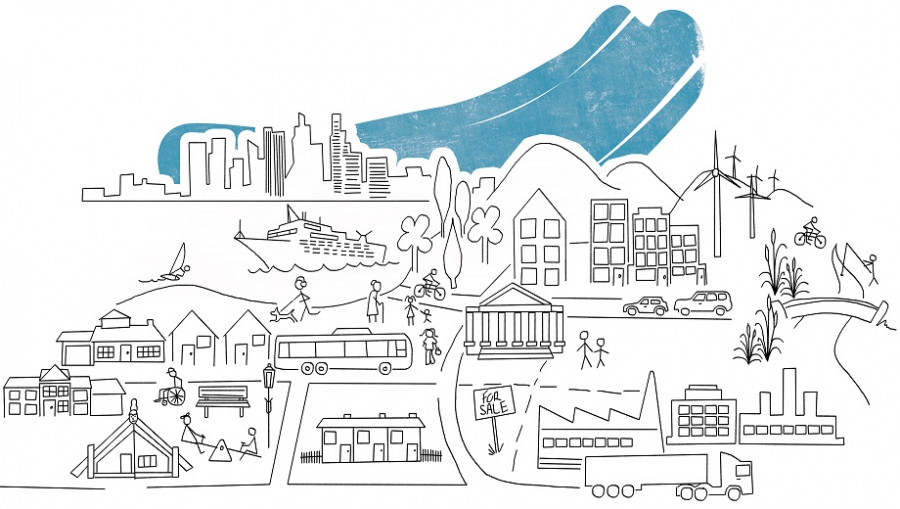 Research released today by the Productivity Commission shows how New Zealanders have experienced big changes in the jobs they do and the places they live and work.

These changes reflect shifts in the industries in which people work. Between 1976 and 2013 employment in manufacturing declined from 25% to 10% of the workforce. There was, in contrast, significant expansion in employment in professional services, health and education, accommodation and hospitality, and financial services. Similar trends have been seen in most developing countries, with manufacturing employment declining from 32% of the workforce in 1950 to 9% in 2010 in the United States.

This expansion of employment in services encouraged a reallocation of jobs away from smaller centres to Auckland and to a lesser extent to Wellington and Christchurch. For smaller cities and towns, the presence of good amenities, such as a good climate or attractive scenery, became more important as manufacturing and primary production became smaller shares of the economy.

“In 1976, one-in-four Kiwis worked in manufacturing, whereas now that is around one-in-ten. These changes have had a real impact on our cities and towns and while some have thrived others have struggled.”

The report, New jobs, old jobs: the evolution of work in New Zealand’s cities and towns, shows that between 1976 and 2013 employment in New Zealand’s 30 largest cities and towns increased by 48%, or an average of 1.1% per year. This figure masks considerable variation, with nine urban areas having employment growth of 65% over the period. Employment decreased in four areas, including in Tokoroa where employment shrunk by 44%.

The economies of most cities and towns have also become less reliant on specialist industries and more like each other. As migration between areas is easier when all areas have similar jobs, the reducing importance of city-specific industries may have catalysed the shift of jobs from slow-growing areas to climate-favoured fast-growing areas.

“By studying the past this research provides lessons for the future. There is much that can be done to help New Zealanders adjust to changes in work and employment and this is something that the Commission is investigating in its inquiry into Technological change and the future of work.”