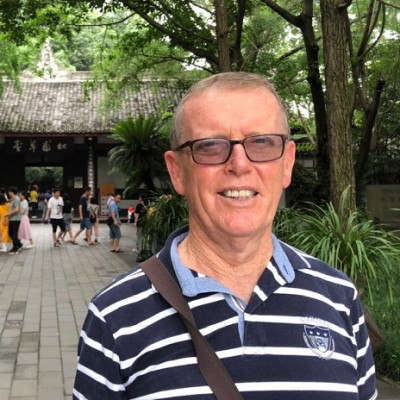 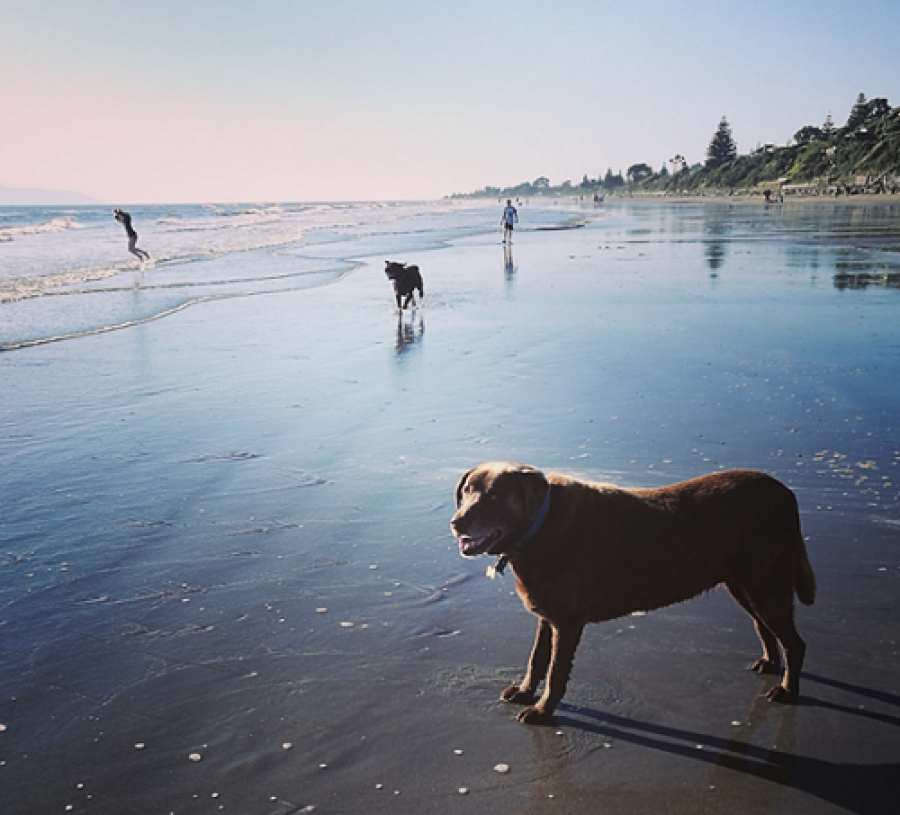 Lockdown hasn’t seemed too bad. I’m well set up to work from home, it’s been easy for me to take a walk on our nearby beach, and the weather has been mostly calm and sunny. I’ve noticed many families enjoying the opportunity to spend time together over the last few weeks – here a dad with two boys flying kites; there a girl teaching her pooch to “sit!” and “stay!”; elsewhere a family of three on bikes, with the smallest insisting on lingering at a distance with the waves lapping on her wheels. Surely there has been a lot of good in this extended time in family bubbles?

But I know from my experience as a social worker that this isn’t the case for all children. And as for education, some children live in households where there is limited material and educational resources on hand, little motivation to encourage learning, or few opportunities for uninterrupted study. New Zealand has a long tradition of free schools to reduce these disparities and their effects on wellbeing now and in later life.

What are the likely effects of schools having been closed on children’s wellbeing? For a small proportion of children, the risks of mental and physical harm have increased. Lockdown gave at-risk children few or no opportunities to escape from the pressures of a damaging home environment. In normal times, schools typically provide their only haven – a place where they can engage with responsible adults who care about and monitor their wellbeing and progress. Teachers and school managers are frequently the people who raise concerns about children’s safety and wellbeing with Oranga Tamariki – New Zealand’s child welfare agency. When I was a social worker, I found that schools often raised concerns for children’s’ safety at the beginning of Christmas holidays – when they knew they could no longer (for a lengthy period) have a view of the safety of their at-risk students.

Are there harms to a wider group of children from school closures? While there is mixed evidence, the answer on balance seems to be yes, and particularly for children in less-well-off communities.

After Christchurch schools were closed for at least three weeks as a result of the February 2011 earthquake, most Christchurch secondary schools improved their NCEA results that year (compared to 2009). Even in 2012, when special assessment procedures were no longer available, results were generally better than in 2009. This seems to suggest that ground lost during school closures could be made up through support for learning at home and “catch-up” once schools were again open. 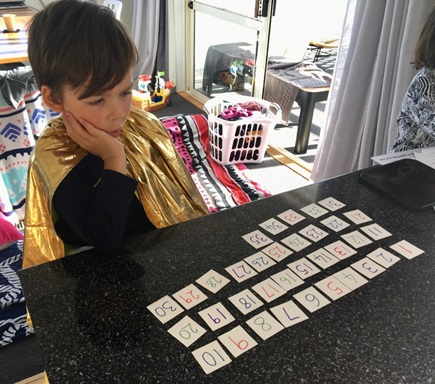 But to be sure about the effects of closure, we would need to look at how individual students fared given their backgrounds and previous learning and track them across changes in school and location.

Schools close for lengthy periods over the summer holidays. US studies show that typically students’ skills and knowledge fall over this period (by as much as what students would learn in three months at school). And the losses are worse for children from poorer families. Though no one wants to ban school holidays, there is debate about the length of the school year, hours of learning each day and when children should start school, showing that people think these things matter for learning. And many parents find ways to keep their children learning after school, in the weekends and during holidays. Some US studies suggest that children from poor families learn at the same rate as other children while at school, but that during holidays they fall further and further behind. This greatly reduces their chance of attending tertiary education and doing well in the labour market. 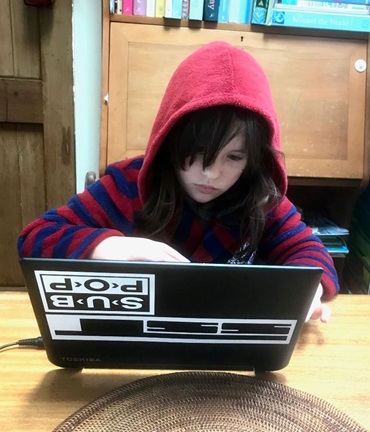 In New Zealand, missing days at school is unsurprisingly associated with lower achievement. This might be partly because things that lead students to miss classes (such as a dislike of school, learning difficulties, chaotic home environments or poor health) also directly affect their learning. Even so, it takes only a small number of absences to affect learning outcomes and the harm steadily increases as absences grow. The effect is stronger for children attending schools in poorer communities. For these children the difference between 100% attendance and 90% in year 10 (a difference of 19 days attendance) makes, on average, all the difference between achieving the 80 credits needed for a NCEA level 1 qualification, or not, the following year. On average, over all students, those with 100% attendance achieve almost 15 more credits than students with 90% attendance. 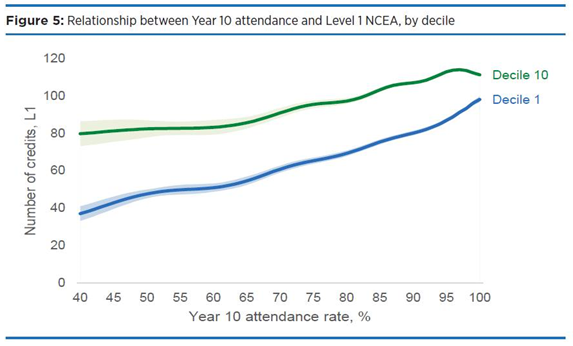 During the polio epidemic in the US in 1916 some schools remained closed for over a month at the beginning of the school year. A cohort of teenagers in places affected by the school closures tended to leave school earlier than older students who had finished school before the epidemic. While the time and place and the labour market were different to New Zealand in 2020, it is easy to see that even quite short-term school closures could make all the difference for educational success for some more disadvantaged secondary-school students here. A year 11 student who misses out on a level 1 NCEA qualification may simply decide not to return to school in 2021. 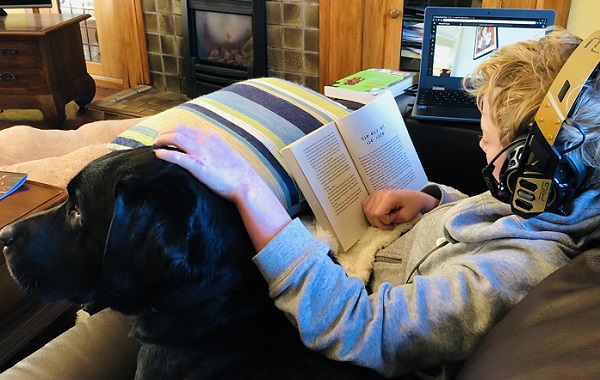 I expect the effects of school closures on children’s wellbeing was one of the things that the Government looked at closely in deciding that schools will be fully open to all students from next Monday.

These judgments are not straightforward. Physical distancing is hard for children and hand washing along with coughing and sneezing etiquette will need to become embedded and routine. A case of COVID-19 in a school may mean that the school has to close again, even if only for a short while. This would be unsettling for students, parents, teachers and the wider school community. But keeping schools closed for longer would expose some children to increased risk of physical and mental harm, and likely set back the educational progress of a much wider group of students already at risk of not doing well. For many students, with the help of their families (and of schools through distance learning), school from home has “filled the gap” and any lost ground will quickly be made up, but that would likely get harder the longer schools stayed closed.

A team at London School of Economics, led by Richard Layard, has taken a more systematic approach to evaluating the month-by-month costs and benefits of leaving lockdown in the United Kingdom. They estimated the benefits of opening schools based on what the UK spends on schools each month and assumptions about how benefits relate to costs. The study took no account of how the benefits and costs are distributed but using this framework, the direct benefit to students of opening schools turns out to play a relatively minor part in the optimal timing of when to leave lockdown. Much more important is the ability of people to earn an income (which schools contribute to, by freeing parents to work). And, as we know, adults in the family being able to earn an income is pretty important for kids’ wellbeing too.