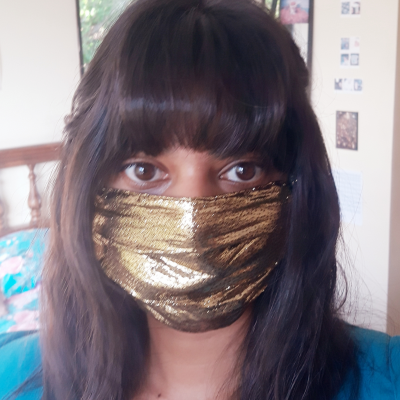 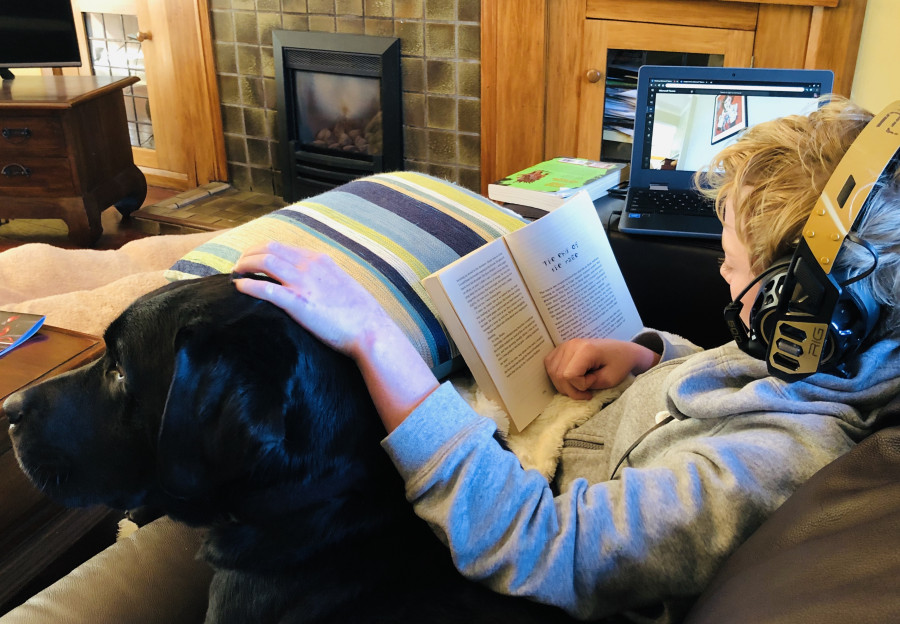 What is bad luck? Bad luck is spilling spaghetti sauce down your shirt right before an important meeting. When the person in front of you gets the last seat on the bus, that’s bad luck. Bad luck is when it’s sunny outside, so you leave the house without a coat, and it hails almost immediately (unless you live in Wellington, in which case that’s just not learning from experience!).

So, what do you call it when a cohort of young people experience the twin shocks of a pandemic and a recession? That sure sounds like terrible luck.

Students have experienced disruptions to schooling before. And young people have entered the labour market during a recession before (including yours truly). Both these events can have negative long-term consequences.  But there will be a generation of young people at risk of serious disadvantage if they were to experience the combination of these events.

Of course, this isn’t just a story about luck. And it’s not even a story that is set in stone. There are lessons from the past that can help inform what may be in store for this cohort of young people. And there are interventions along the way that can help.

Not all students were able to learn at home

It won’t be a surprise that learning in lockdown was not a uniform experience for children. Some children spent lockdown playing maths games with their parents, while others completed their schoolwork camped outside public libraries to access free wi-fi.

Evidence is now emerging about the size of the learning divide. Around 145 000 school age learners did not have access to the internet or a digital device appropriate for learning during lockdown. In a survey of teacher and student experiences of lockdown, the Education Review Office found that only 58% of secondary students agreed or strongly agreed that they had been able to learn effectively from home. Nearly a third of senior secondary students disagreed or strongly disagreed that they were coping well with their schoolwork while learning at home.

In an earlier post my colleague Ron Crawford found that, based on lessons from past school disruptions, school closures (even of relatively short duration) increase the risk of educational failure for children in less well-off communities.

In fact, studies of past events seem remarkably consistent: school closures and/or learning disruptions can exacerbate existing educational and socio-economic inequalities. The difference, of course, between the COVID-19 pandemic and, say, the polio epidemic of last century is the vast improvements in digital technologies and remote learning resources that are now available.

But simply having access to remote learning resources and being able to learn from home may not be enough to compensate for lost classroom time.

Disruptions to education matter if they lead to lower educational attainment. Those with low education and skills entering the workforce face lower wages and higher unemployment rates. If this leads to long-term unemployment, a worker’s ability to find a job diminishes further still.

One thing New Zealand has going in its favour is that the duration of our lockdowns has been relatively short. New Zealand might not suffer the dire forecasts of other countries, where ‘the hurt [caused by school disruption] could last a lifetime’. Even so, special attention will need to be paid to compensating for the learning gap. Extra learning assistance may be necessary, such as providing individualised support to students, and offering extra hours or modes of learning.

There is a risk that some students – especially those on the cusp of not meeting standards – may drop out altogether. COVID-19 can disrupt many of the supports that can help vulnerable kids stay in school, such as academic engagement, strong relationships with caring adults, and supportive home environments. The OECD recommends tracking indicators such as poor student engagement, the curbing of educational aspirations and the drop-out rate in order to understand the impact of COVID-19 on student outcomes.

Finally, improving the effectiveness of in-class learning (the learning gains children make when they are at school) could speed up the process of compensating for learning losses due to lockdown. Professor John Hattie claims that despite disruptions to schooling, student outcomes improved in Christchurch following the earthquakes as teachers focussed more tightly on teaching what students didn’t already know.

Getting a foot on the job ladder will be tough

Having made it through the school system in one piece, you would hope young people can enjoy some security. But what if there is a recession waiting just around the corner?

Recessions are notoriously difficult on young people entering the labour market. When there are fewer jobs available overall, young people find themselves competing with more experienced jobseekers who are perceived to be more likely to have the hard and soft skills necessary for the workforce.

Even when young people do get a job, it might not pay well

Getting a job is harder for young people in a recession, and so is getting a job that is a good match for their skills and qualifications.

A study by the Australian Productivity Commission found that during the GFC, young people gained higher formal skills and qualifications, but they were working in lower-scored occupations. Lower-scored occupations had a weaker relationship between a person’s educational attainment and their earning potential. Wage rates for young people also grew at a slower rate compared with other age groups. 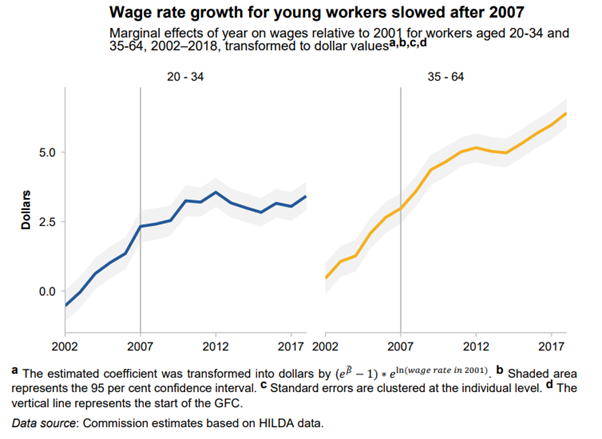 Other studies find that graduate earnings can increase, but it takes a while. A Canadian study found that it could take five to ten years for graduates’ earnings to recover from the effect of graduating in a recession after suffering large initial earnings losses. Graduating in a recession also leads workers to start their careers in lower paying firms, and then they switch jobs more frequently than those who graduate in better times in order to increase their earnings. The exception to this trajectory were the least advantaged workers, who suffered permanent earnings losses and permanently lower wages.

New Zealand graduate experiences back up these international findings. Tertiary graduate cohorts entering work before the GFC, and those entering during the GFC, took a hit to their earnings as the effects of the GFC on the labour market persisted. Their earnings growth slowed and this appears to have been sustained in their future earnings trajectory.

When setting labour market policies, it can be easy to forget about young people. People already in jobs have greater visibility compared with those entering the labour market in the future.

Schooling disruptions and recessions can both have negative and long-lasting effects on young people. The prospect of long-term disadvantage remains a real risk.

We don’t yet know exactly what the future will hold, but most economic forecasts suggest there are storms ahead. Treasury’s Pre-election Economic and Fiscal Update forecasts the unemployment rate could be worse than the GFC, peaking at nearly 8% by March 2022.

Just as it would be reckless to leave the house on a Wellington spring day without a raincoat and sunglasses (and now a face mask), we should ensure young people are equipped for the weather on the horizon.