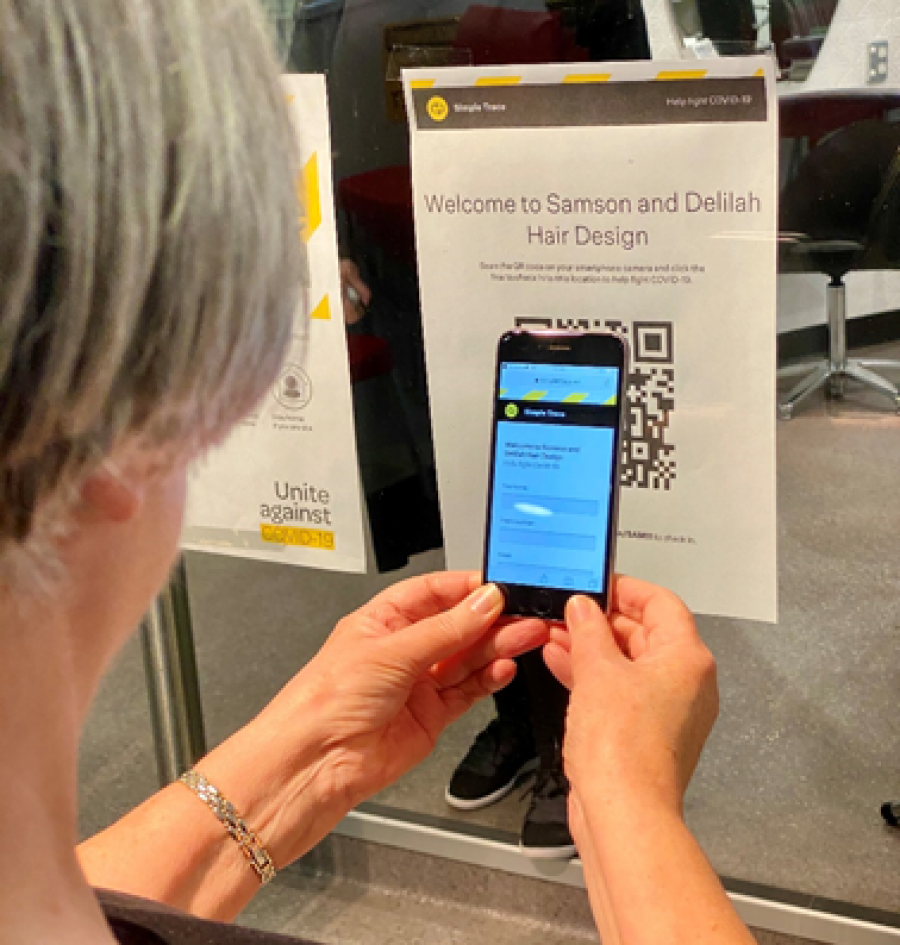 Alert level 1! Like you no doubt, I am breathing a sigh of relief. But no one can guarantee that New Zealand has seen its last case of COVID-19.

Canberra has just seen its first new case after more than a month without one. A diplomat returning from overseas drove (as he was allowed to) from Sydney Airport to his Canberra home. He has since tested positive and is now in home quarantine.

Could the same thing happen in Wellington? Yes, it could. New Zealand, like Australia, faces legal requirements under the Vienna Convention to allow diplomats freedom of movement and travel, and protection from detention.1 Diplomats are just one of many potential vectors for reintroduction.

With luck, all new introductions will be quickly detected and effectively quarantined. If less lucky, New Zealand will face at least one outbreak, perhaps many. Keeping outbreaks small and contained is key to avoiding the reintroduction of widespread social and economic restrictions. And that, in turn, relies on an efficient and effective contact-tracing system. The Rapid Audit of Contact Tracing for Covid-19 in New Zealand by Ayesha Verrall back in April concluded that, at the time of the audit, the system “was only 30 percent as good as it needed to be to cope with an outbreak”. In response, the Prime Minister promised $70 million to expand staff numbers and build the tracing system to “gold standard”.

Most people carry smartphones, and countries around the world have invested in apps to supplement their contact-tracing systems.2 New Zealand’s official tracing app is called NZ Covid Tracer. It relies on businesses displaying a business-specific QR code at their premises. Visitors to those premises need to scan the code with the app every time they visit. 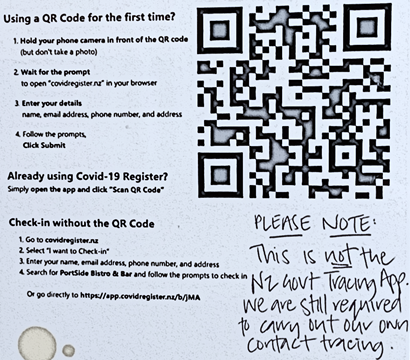 For the New Zealand tracing system to be effective, it requires both a diary of the places where individuals have been, and a register of the people who visited those places. Should an individual become infected, health officials can trace contacts from diary to registers and back to diaries.6 The NZ Covid Tracer app provides only for diaries. The tracing system was relying on businesses using other apps and manual records to provide registers. As businesses are no longer required to maintain registers under alert level 1, an essential pillar of this system will disappear.

Bluetooth does it better

Bluetooth is a short-range radio technology built into modern smartphones. Among other things, it supports wireless headphones and speakers. Bluetooth also allows phones to communicate with other phones, as long as they are nearby. Suitably written apps can use Bluetooth to create a record of which phones were nearby other phones, and for how long. This could allow health officials to easily determine the contacts of an infected individual.

Importantly, these apps do not require businesses to register, or people to scan QR codes. They record encounters at all places, not just participating businesses. Such apps include Australia’s COVIDSafe, Singapore’s TraceTogether (from which the Australian app drew liberally) and those based on the Google and Apple tracing APIs7 8

New Zealand could bolster its contact tracing system by swapping to a Bluetooth-based alternative. Costs would be low. Source code (eg, for COVIDSafe) is freely available, and it has been widely reviewed for bugs, security and privacy. Australia passed special legislation to make it an offence to misuse the data collected, and their privacy-protecting legislation could be quickly and easily adapted for New Zealand.9 Adopting the Australian app has a further advantage, as both governments are keen to introduce a trans-Tasman travel bubble. Further, a redesigned, more capable, app could be seamlessly rolled out to existing NZ Covid Tracer users via Apple’s App Store and Google’s Play Store.

Responding to COVID-19 is not a competition in which one country benefits only at the expense of others. All countries face the same underlying threat. Just as other countries can learn from New Zealand’s success to date, we should be learning from what others have done well. We can adopt the best available technology to bolster New Zealand’s COVID tracing system, increase the chances of quickly containing any further outbreaks, and make it more likely the country can stay at alert level 1.

Notes
1. “The person of a diplomatic agent shall be inviolable. He shall not be liable to any form of arrest or detention. The receiving State shall treat him with due respect and shall take all appropriate steps to prevent any attack on his person, freedom or dignity.” See: https://legal.un.org/ilc/texts/instruments/english/conventions/9_1_1961.pdf
2. Tracing apps are designed to supplement, not replace, the contract-tracing systems operated by countries’ health agencies.
3. As a quick (and admittedly unrepresentative) experiment, I checked each of the seven places I went to this morning. Only one offered the NZ Covid Tracer QR code. The places were a ferry, a café, my workplace, a medical practice, a physiotherapist, a coffee cart and a supermarket.
4. The proportion of New Zealanders that have downloaded and registered the NZ Covid Tracer app has been touted as an indicator of success, but that measure is misleading on its own. Registered users must have the opportunity to scan QR codes at the places they visit, and actually choose to do so. Automated apps (such as those using Bluetooth) are have significant advantages, including that places to not need to be registered and encounters with other app-users are automatically recorded.
5. To be useful, a contract tracing app also needs to be installed by a significant proportion of the population. On the latest available numbers 1.8 million Singaporeans (31% of the population), 6.13 million Australians (24% of the population) and 541 000 New Zealanders (11% of the population) have downloaded official contact tracing apps.
6. As the relevant records are stored in many different formats, such contact tracing will be labour-intensive and error prone. But that’s still an improvement over not having the records at all.
7. The Australian and Singaporean apps take a different approach to privacy than do apps built on the Google/Apple tracing APIs. The Australian/Singaporean approach stores data about contacts in a centralised database accessible to health authorities, with privacy contingent on security measures, process transparency and legislation. By contrast, contact records in the Google/Apple approach do not include personally identifiable information and are stored only on users’ smartphones. Switzerland and Italy have released apps using the Google/Apple API, and Germany, Latvia and Estonia are following suit.
8. Some commentators have expressed concerns about excessive battery drain from Bluetooth-based contact tracing apps. According to the Australian Government “We undertook testing prior to the release of COVIDSafe, and battery consumption on tested devices is only marginally greater with the app running, particularly on devices that are already Bluetooth®-enabled.” The Google/Apple API was designed, in part, to further reduce battery drain by providing relevant functionality within the operating system.
9. The Google/Apple API is present on all smartphones updated to the latest versions of Google’s Android and Apple’s iOS. COVID-19 exposure logging is disabled, however, unless you install an app authorised by the country’s health authority. As there is no authorised app for New Zealand, the relevant settings pages look like the following: