The pause that depresses 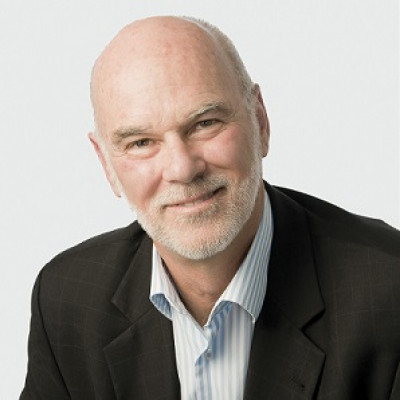 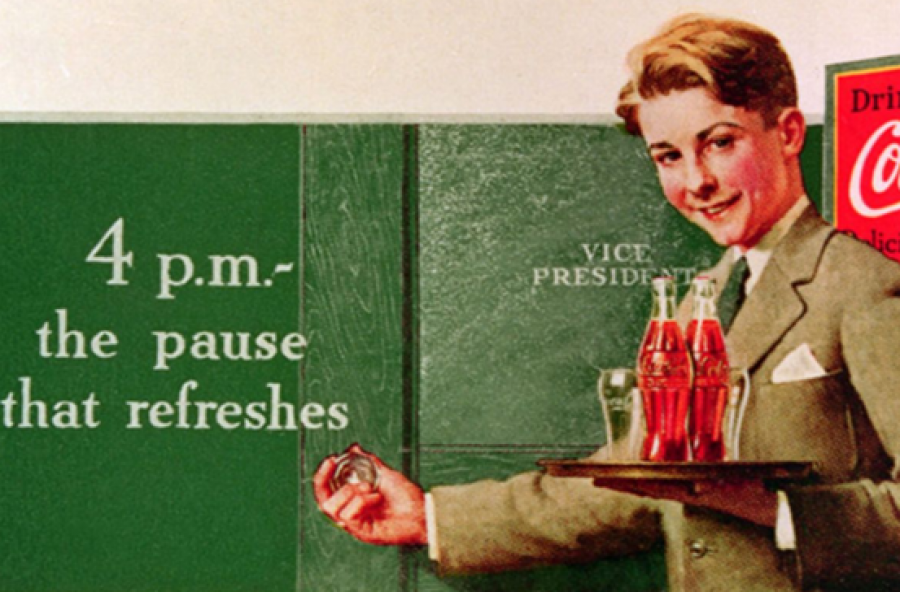 The die is cast. We won’t see the official numbers for quite a while, but it is already apparent that New Zealand is headed into the sharpest and deepest recession in 100 years. We know we will experience unemployment at, and perhaps above, levels not seen since the late 1980s, company failures and large income losses across the economy. Amongst the bits we don’t know are just how deep the emerging recession will prove to be and how long it will last.

Of course, we’re not alone on this ride. Few, if any, countries will be immune to recession. With declining incomes globally comes declining demand for goods and services, declining trade volumes and declining prices. The task of managing our way back to economic health is made that much more challenging because the rest of the world is experiencing this setback at the same time. Exporting our way out of recession when our trading partners are also in deep recession is no easy option.

So are we simply passengers on this global ride? Absolutely not. The policy choices we make and how well we execute them can cushion the downturn, accelerate the recovery and shape the nation that we eventually emerge as.

What we learn from previous recessions is that they carry lasting impacts on firms and employees. The Productivity Commission’s recent inquiry into technology and the future of work showed that workers who lose their jobs can be subject to significant “scarring” even when they get back into work – meaning that they may experience a loss of future earnings over an extended period of time – especially if they are young and with lower skills.

In high-performing economies, a major source of productivity growth comes from workers shifting from low productivity firms to high productivity/high growth firms. For that to happen, and to reduce the risk of long-term disadvantage, workers need easy access to training and upskilling.1 Alongside that, firms need a policy environment that encourages them onto a high productivity path that can support high productivity and high-income jobs.

But the impact of recession is not felt just by workers. We should expect some proportion of firms that are closed during the lockdown phase will not re-open in the future – another form of scarring. With firms, as with workers, a dynamic environment that encourages the movement of labour, capital and other resources from low to high productivity entities is an essential element in a successful future.

We know that we have a large cohort of productivity “laggards” – perennially low productivity firms that, despite their low productivity, remain afloat and in business. The Productivity Commission is currently working on an inquiry that will shine more light on the performance of our “frontier firms” and, in doing so, will also explore the characteristics of our laggards.

When we examine New Zealand’s economic performance since the 1960’s, we see a pattern of persistent failure to match the productivity, and hence the income growth, of our developed country counterparts. The most obvious comparison is with Australia, against which New Zealand has slipped from rough parity in income per hour worked to now generating only around 70% of the Australian level.

Much of that slide occurred in the period from the early 1970’s until the late 1980’s – the period leading up to the Muldoon era, the 1984 debacle and the early period of the 1984 to 1990 reforms. Since then, New Zealand’s economic performance (in terms of GDP/hour worked) has come close to matching that of Australia but has not been strong enough to recover the ground lost earlier.

It is not an accident that since 1991 Australia has been riding the longest unbroken phase of economic growth recorded amongst OECD economies – a growth cycle only now being broken as Australia slips into recession like the rest of us. When we review that 30 year growth cycle alongside New Zealand’s experience we see that New Zealand is more vulnerable to economic downturns. Where Australia has ridden though shocks such as the 1997 Asian economic crisis, the GFC and others, suffering a growth slowdown, but avoiding recessions, New Zealand has dropped into recessions. On each occasion, NZ slips perhaps 2% or 3%. And while we may quite quickly get back to a growth path matching (and at times exceeding) Australia’s, we never do well enough, for long enough, to close the gap. 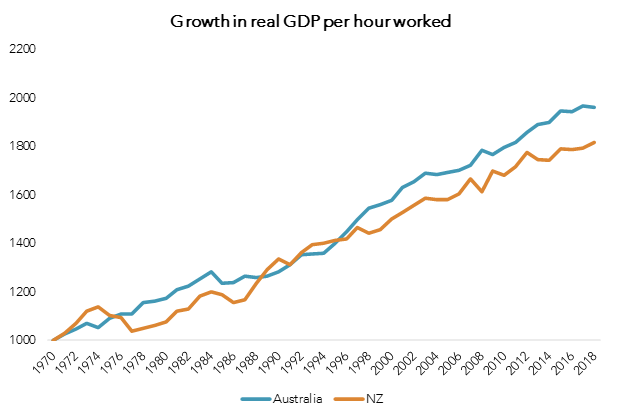 Source: Productivity Commission analysis of OECD data
Note: real GDP per hour worked is expressed in US$ (constant prices 2010 and PPPs). AUS and NZ results are indexed to 1970.

The lesson to take from this is that how well we manage our way through shocks has real and lasting effects. And right now we are hitting the biggest shock in a century. The quality of the policy response – over the next decade or more - will determine the living standards of New Zealanders for at least the next couple of generations. It will determine our capacity to make real choices about income distribution, environmental standards, housing quality, income distribution, the capacity and capability of our health and education systems and our progress towards climate change goals.

Nothing will undermine our capacity to achieve high standards on those fronts more than an underperforming, low productivity economy.

Note
1. The Commission made a number of recommendations in its recent report on Technological change and the future of work, aimed at making training more accessible and responsive.

Illustration
Coca Cola art with its famous advertising slogan “the pause that refreshes” by Norman Rockwell in 1930.

The pause that depresses