This inquiry focuses on a central aspect of New Zealand’s productivity performance – the economic contribution of its most productive “frontier” firms. The Commission released its draft report in December 2020 and would like to thank all those who made a submission to help finalise this work. Further research, consultation and analysis is being carried out to finalise the inquiry findings and recommendations. A final report will be presented to Government in March 2021 and published in April 2021. 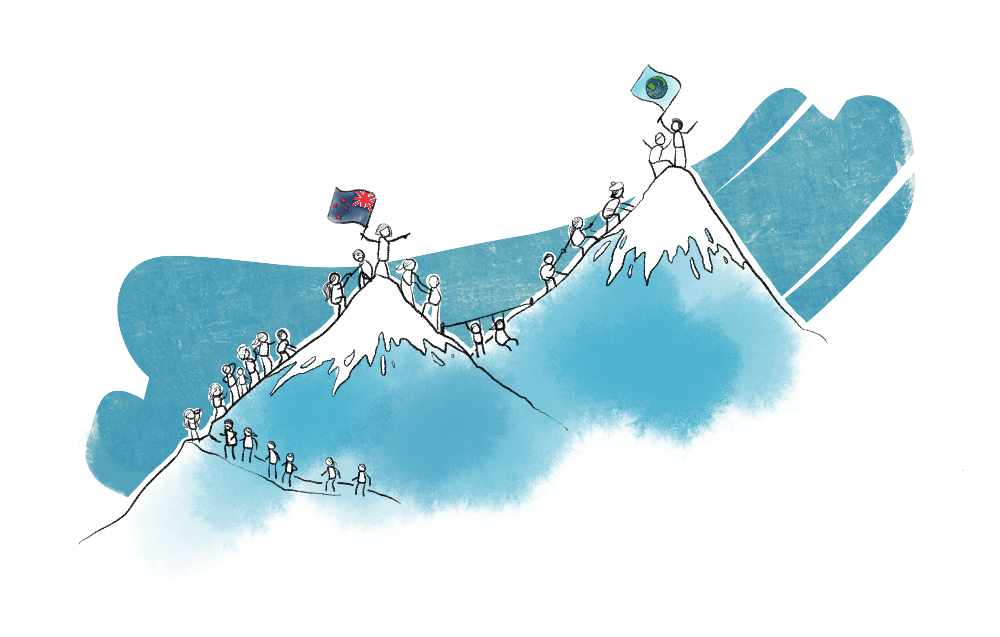 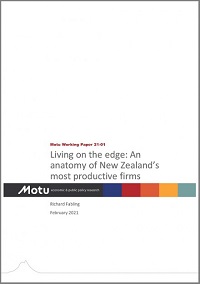 Find out more - read Living on the edge: an anatomy of New Zealand's frontier firms or a summary here. 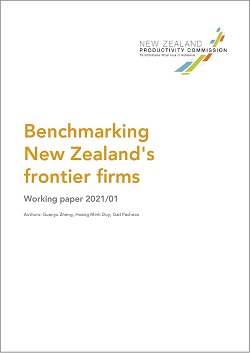 Benchmarking the performance of New Zealand’s frontier firms against that of other small advanced economies reveals that New Zealand’s firms are falling behind their counterparts with relatively low productivity levels.

Whilst New Zealand's frontier firms experience similar speeds of within-country technology diffusion, they are not benefiting from the diffusion of best technologies from outside the country which could help lift productivity. There is also evidence of labour misallocation in New Zealand, based on less labour-productive firms having disproportionally larger employment shares than their more productive counterparts.

The frontier firms draft report is an in-depth assessment of how the economic contribution of New Zealand’s top firms can be maximised. The Commission found that the productivity of New Zealand’s frontier firms is only about half that found in their overseas counterparts. A completely new approach that learns from other small advanced economies is required. The Commission recommends:

The draft report presents 22 recommendations to overhaul New Zealand’s innovation system and make investments in infrastructure, regulation, skills, research and business support. Thanks to all those who provided feedback - read the submissions here. 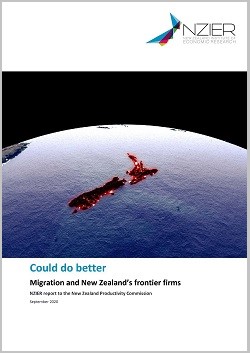 The Commission contracted NZIER to look at the role of migration and frontier firms. In particular, the role that any changes in migration policy and outcomes could play in encouraging innovation and technology adoption among frontier and other firms in New Zealand.

The findings point to better migration settings needed to boost wages and productivity.

The importance of boards 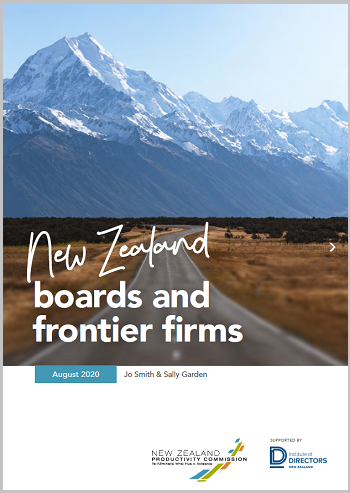 Boards with the right mix of skills and experience can help management build frontier firms. The Commission conducted interviews with leading directors to explore the role of boards in firms’ decisions to scale-up, innovate and expand overseas.

Top international thinkers from the BRG Institute were also contracted to explain exactly how boards with strong “dynamic capabilities” can help firms innovate and thrive in a challenging and deeply uncertain environment. 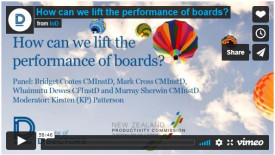 Kirsten Patterson, CE of the Institute of Directors, was joined by Murray Sherwin, Chair of the Productivity Commission, and experienced directors Mark Cross, Bridget Coates and Whaimutu Dewes to discuss lifting the performance of firms. 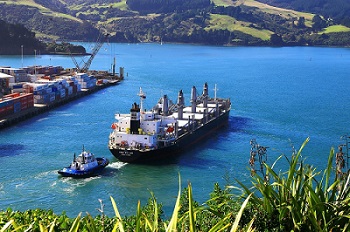 The Commission contracted Dr David Skilling to investigate the role played by exporting firms in small advanced economies and the types of government policies that could help these firms improve their performance.

A key finding was that small economies can be very successful. The small countries the report studied were generally high-performing and had better economic and social outcomes than their larger peers. Read Skilling's report here.

Why does this inquiry matter?

New Zealand has a longstanding productivity problem. New Zealand’s living standards are only managing to avoid falling further behind other advanced nations, rather than catching up.

The performance of New Zealand’s firms shapes the nation’s productivity. Our most productive or “frontier firms” set the bar for all firms. They are also a key pathway by which innovation in the form of new technologies and work practices make their way to firms behind the leading edge.

The Commission is identifying policies that could maximise the contribution of frontier firms and deliver a sustained lift in productivity outcomes. Read the brief from the Minister of Finance here.

A final report will bring together public feedback, further work by the Commission and a set of final findings and recommendations. It will be presented to the Government in March 2021 and published on this page after being tabled in Parliament in April 2021.